Talk about the most awesome show in the world, SWAT Kats: The Radical Squadron.
Post Reply
4 posts • Page 1 of 1 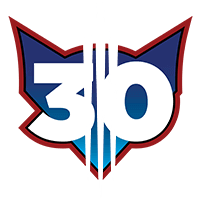 Today marks the 29th anniversary of #SWATKats: The Radical Squadron. On September 11, 1993, The Pastmaster Always Rings Twice debuted on Turner Broadcast System (TBS) in the USA. What are your favorite memories of SWAT Kats, and what has it meant to you after all of these years?

I don't have much in the way of memories per se. When I was in high school, I remember that they were running these episodes through on one of the cartoon stations. I tried to record them all on VHS, but there was one that I failed to capture because my VCR recorded the wrong time and I wasn't able to be home on that specific day to supervise the recording. I was so mad.

I also enjoyed interacting with the fan community, which at the time was fairly robust. I don't think that's the case today - the fan base seems far less active today than back then. But perhaps the show will garner renewed interest once the reboot takes off.

I was playing with MIDI composition at the time using Cakewalk, and one of the first things I composed was a rendition of the Swat Kats theme. This was fun to do, but I don't think I have it anymore.

What it means to me is the same as what it always meant - it's a show with a lot of potential that was essentially frozen in time, leaving behind only a lingering, unsettling lack of closure. The draw to the show for me lies in the question of what it could still become - what if it were to transcend its humble beginnings as a series of 20-minute-long shorts, and evolve into a rich, complex story, a veritable tapestry weaving together magic, technology, character development, as well as stylish animation and music? It's the potential that interests me anyway.

Considering I only first saw this show when I was already 20 or thereabouts (~2009-10) then my "memories" are mostly limited to thinking the show was fun.

Then somehow I ended up on The Hangar, which got me into the fandom.

Wow, almost 30 Years of Age this show...Favorite memory is the Pastmaster going to find his book of spells after awakening. Sets in motion a danger for the cat city, then the Swat Kats would show and cease that from escalating. Very fun.