Talk about the most awesome show in the world, SWAT Kats: The Radical Squadron.
Post Reply
116 posts

Some of them would make really great prints too.

Unfortunately, these are all still 72dpi, which is not a great resolution for print (would prefer 300dpi). As far as I know there's no way to produce a higher resolution image than what the DVDs are at.
0 x
Top

Well a resolution in dpi doesn't make much sense in terms of digital images since there is no intrinsic size.
You could probably make large prints out of them, if you don't get to close to them. So they might be very suitable for hanging on a wall. You'd be surprised how low resolution billboard photographs are.
1 x
Top

Well a resolution in dpi doesn't make much sense in terms of digital images since there is no intrinsic size.

But there is an intrinsic size when it's output as a raster image, in our case, 72dpi at approximately 640x480 pixels (various cropping in the photomerges changes the dimensions). Pretty much the maximum the DVDs allow for, as they're not HD and the video was meant for older television sets in the 480p range.


You'd be surprised how low resolution billboard photographs are.

That's because billboards are viewed from a distance and generally only for a few seconds at a time. 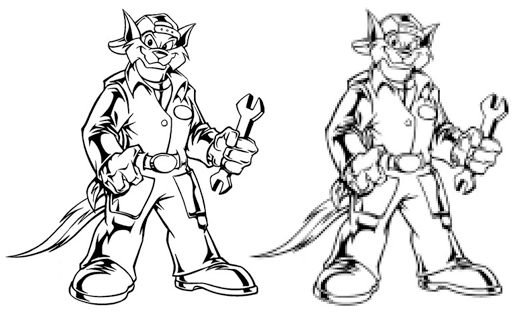 But, if artifacts and pixelization don't bother you, feel free to print them out

I'm just used to raster images that are meant for "print" being at least 300dpi and CMYK.

Now, there are ways to cheat around this a little. If the image is detailed enough, you can try to get away with importing it into Illustrator and running a high fidelity live trace on it to make it a vector, which is scalable and not bound by the limitations of a raster image. I tried that with the skyline image, and it turned out okay (not perfect): 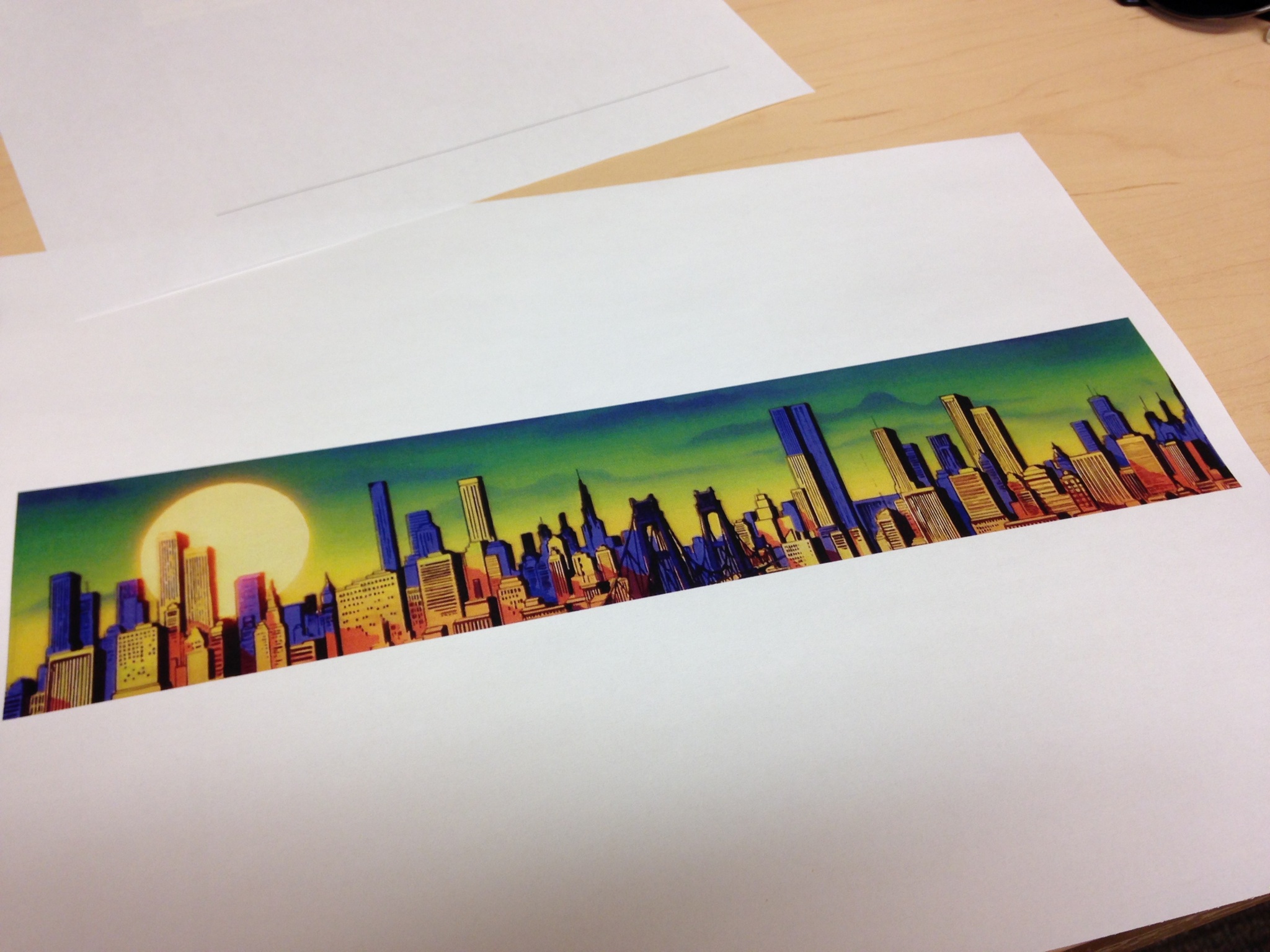 I exported the graphic into a PDF which you can all download here for printing (10mb).

* Of course if you're reading this on an iPod/iPad odds are every image on this site looks like that, as iOS and others are displaying at a higher resolution than 72dpi.

And, just so we're not drifting too far off topic (as much as I'd like to digress into my love/hate relationship for graphic design related issues), does anyone else recall anymore instances of pans in episodes?
0 x
Top

Well that resolution is not in dpi but in pixels. Pixels are the relevant resolution. In your example you did actually scale the image, reducing both the number of pixels as well as the dpi count. You can just as well just reduce the dpi count resulting in a larger picture.
1 x
Top

In your example you did actually scale the image

That was meant to convey a visual difference, not a literal example. And, I scaled it down, not up. You can make raster images smaller but you can't make them bigger without a loss of quality/detail.

And, once again, just to clarify, I'm not saying you can't print these out. I'm just pointing out an obstacle to be aware of, and conveying my frustration that there isn't a higher resolution or higher quality source for images than the DVDs. It'd be great if the studios released HD versions, which may not be possible as animation is generally produced at a lower resolution than live action (a number of shows like Cowboy Bebop had up-scaling procedures done to try to counteract this with varying results).
0 x
Top

Well animation back then was produced on 35mm film, just like any other kind of film. The problem with film is that the generation loss from when you copy it is far greater than for video. If one would scan the original negatives, the quality could be extremely good. However then you'd also need to redo special effects and titles. For animation people rarely spend that much money.
1 x
Top

I recall hearing that shows like The X-Files and Star Trek had those issues, and was a major reason for the delay in their HD debuts (especially because of special effects). I think the studios just wound up redoing the effects from scratch, as there's a profitable fan base for those shows that'd warrant that. It's unfortunate that SWAT Kats probably won't ever get a fraction of that kind of treatment.

Also, I'd like to give you major kudos for doing all of this video work back in the mid-90s when things weren't nearly as user-friendly or accessible as they are nowadays.
0 x
Top

Thanks.
Well with SWATKats it might actually be a bit more affordable since it has just a limited amount of special effects. On StarTrek TNG all the scenes were shot on film, then transfered to video where they did the special effects.
There's actually a "making of" which shows the process http://www.youtube.com/watch?v=cCsD5PRoX7I#t=371
This was apparently very common in the 1980s and 1990s. From what I can tell they had Type-C video tape.
http://lionlamb.us/quad/vpr3_1.jpg
1 x
Top

That looks like it came out nice, MoDad!
Anyway, I can't wait to see more from this thread. Maybe we can get a request section going or something.
1 x
Top

Here's a couple from Metal Urgency: