Talk about the most awesome show in the world, SWAT Kats: The Radical Squadron.
Post Reply
6 posts • Page 1 of 1

Today marks the 27th anniversary of SWAT Kats: The Radical Squadron. On September 11, 1993, The Pastmaster Always Rings Twice debuted on Turner Broadcast System (TBS) in the United States and it quickly became a cult hit with viewers, resulting in the renewal of the show for a second (and infamously cut short) second season in 1994. SWAT Kats was the penultimate action/adventure series made by Hanna-Barbera before its acquisition by Time Warner in 1996. The show inspired an avid online fandom community in the mid-90s that has since persisted across decades, various fan websites and social media and remains active to this day. Various efforts to bring the show back, ranging from letter-writing campaigns (which likely resulted in the long-overdue release of the series on DVD in 2012) and most notably the as-of-yet realized SWAT-Kats Revolution project in 2015, which lead to several years of creator/fan interactions at conventions, live stream events, giveaways (both official and fan-run) and the release of exclusive show materials, which have helped to re-inspire the interest of many fans. 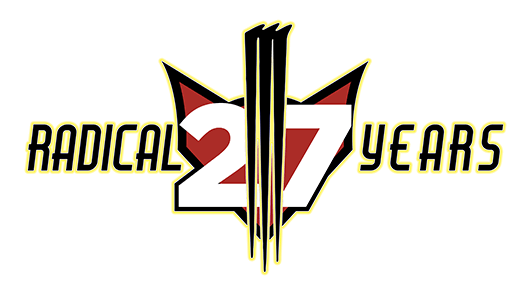 What are your favorite memories of SWAT Kats, and what has it meant to you after all of these years?
7 x
Top

My favorite SWAT Kats memory is all the friendships I've made through the fandom, some of which have lasted years or even decades. Other than that, the show still holds up very well for the most part, and (despite all the TMNT comparisons) there hasn't been anything quite like it before or since.

P.S. Besides the premiere of SWAT Kats, September 11 is also the birthday of one of my closest friends in the furry community. (He's not a member of this group, unfortunately.) It's good to have something besides terror and tragedy to associate with this date.
4 x
"Saturday is usually my morning to sleep in."
Top

In celebration of SWAT Kats 27th Anniversary, fan-artist and 3D modeler/animator Nikhil Bhoyrekar spent much of the year working on the following:

He worked with several fans to accomplish this, and it's a really impressive and very cool result

marklungo wrote: ↑
Fri Sep 11, 2020 7:58 am
Other than that, the show still holds up very well for the most part, and (despite all the TMNT comparisons) there hasn't been anything quite like it before or since.

Quite. I like to think of the show as having elements of 90s cartoons, but "with the rough edges sanded out". If that makes any sense.

I have great memories watching the show as a kid before going to the school. Then I reconnected with the series in 2004 discovering this small but awesome fandom that later became an inspiration to make a a fan comic. This is a doodle remembering the old times. 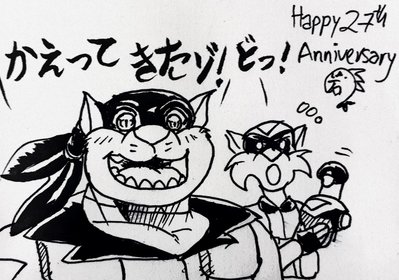 Not share but love the way it was animated
3 x
https://www.deviantart.com/rose37