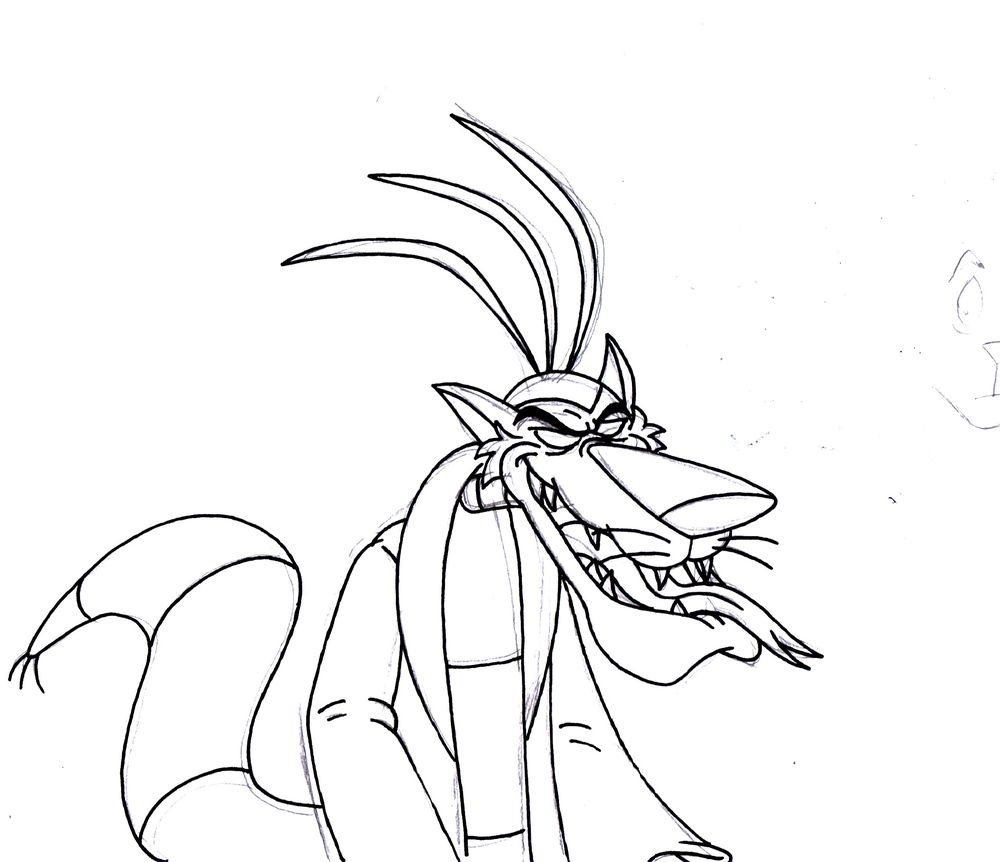 Lyman, one half of a duo who antagonized Chance and Jake back during their Enforcer days: 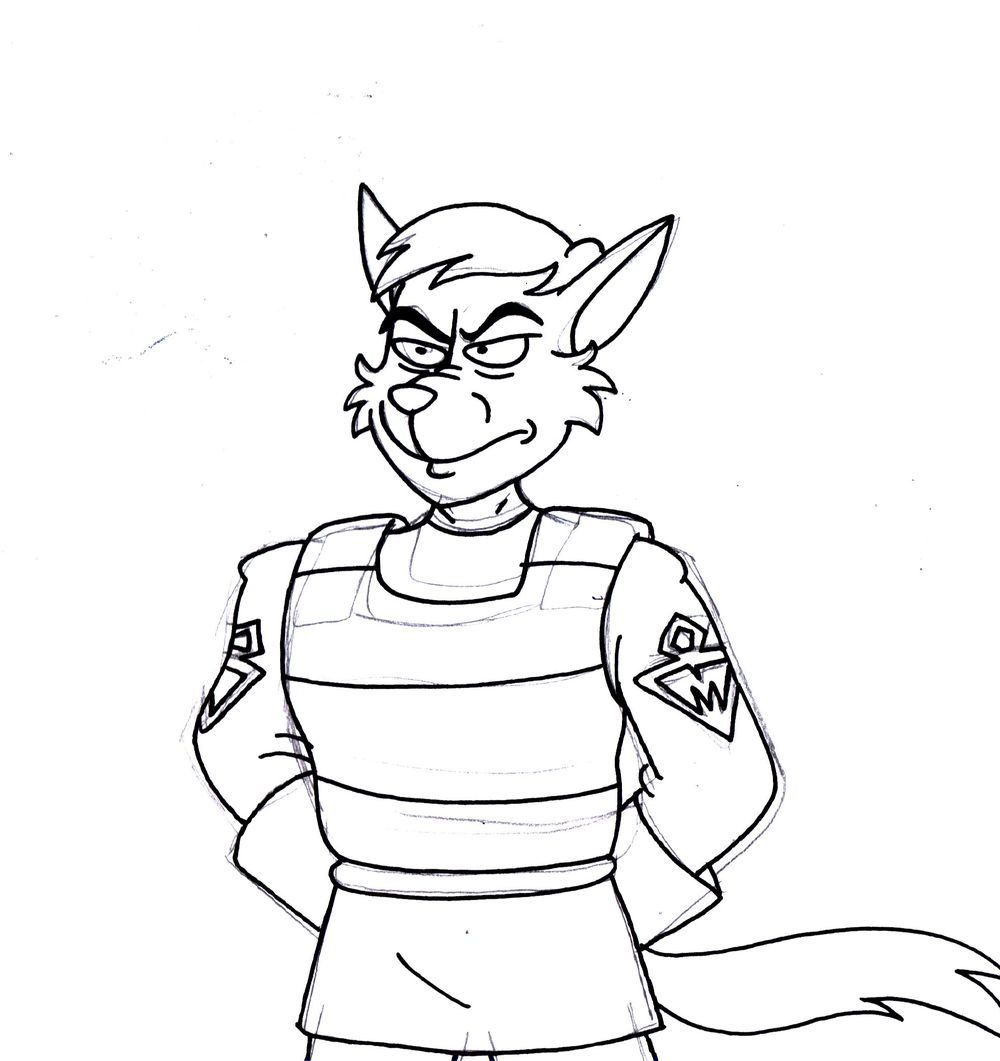 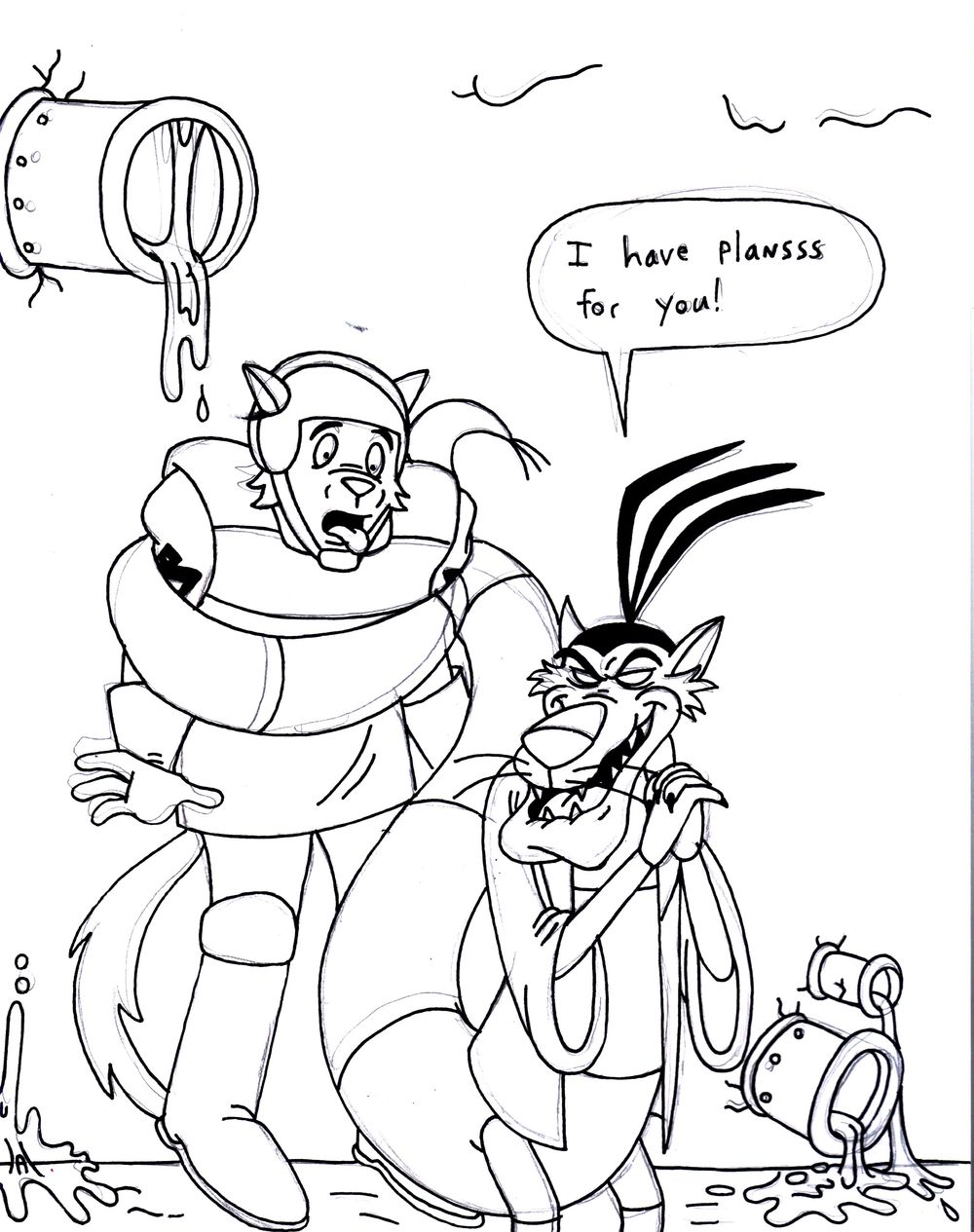 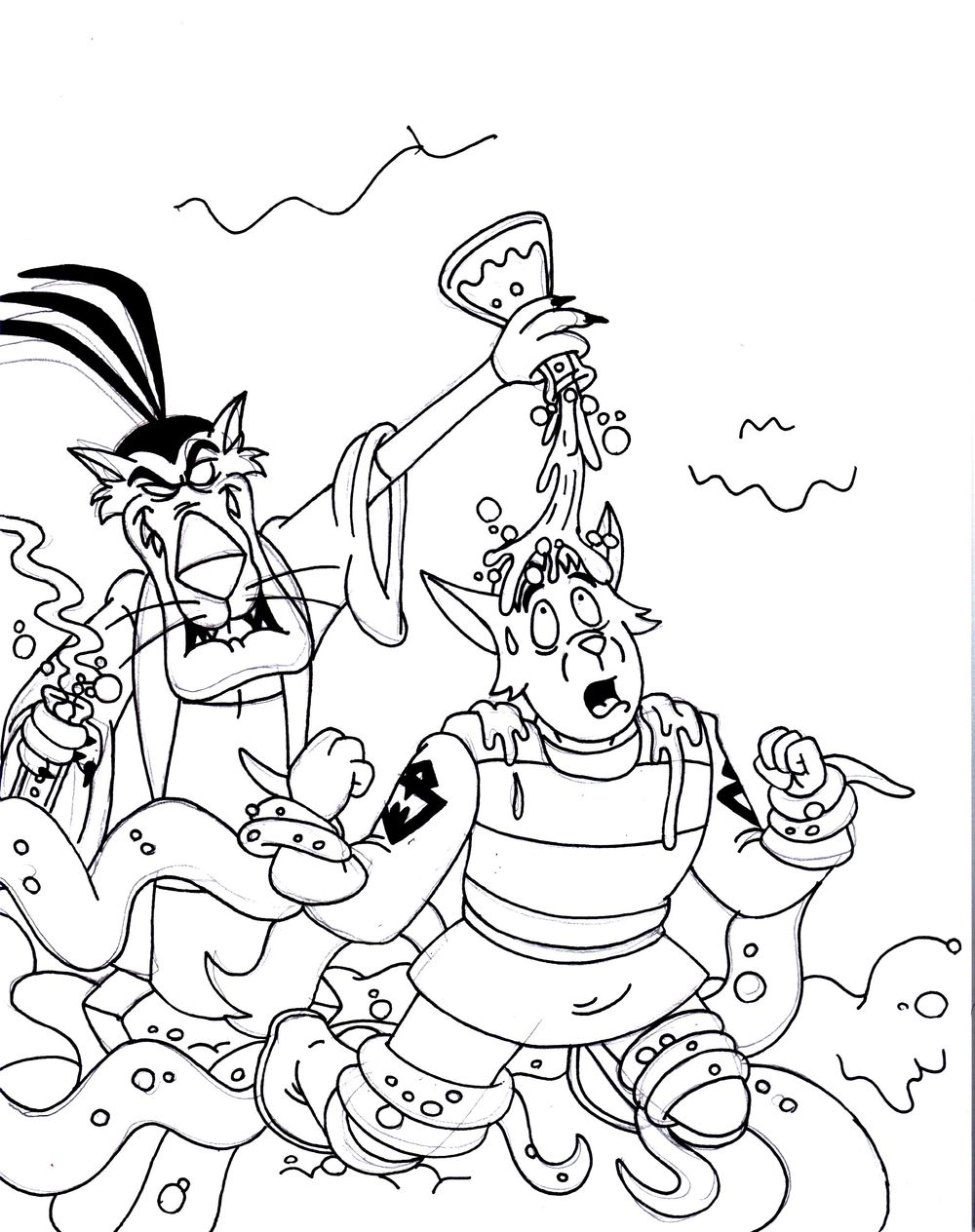 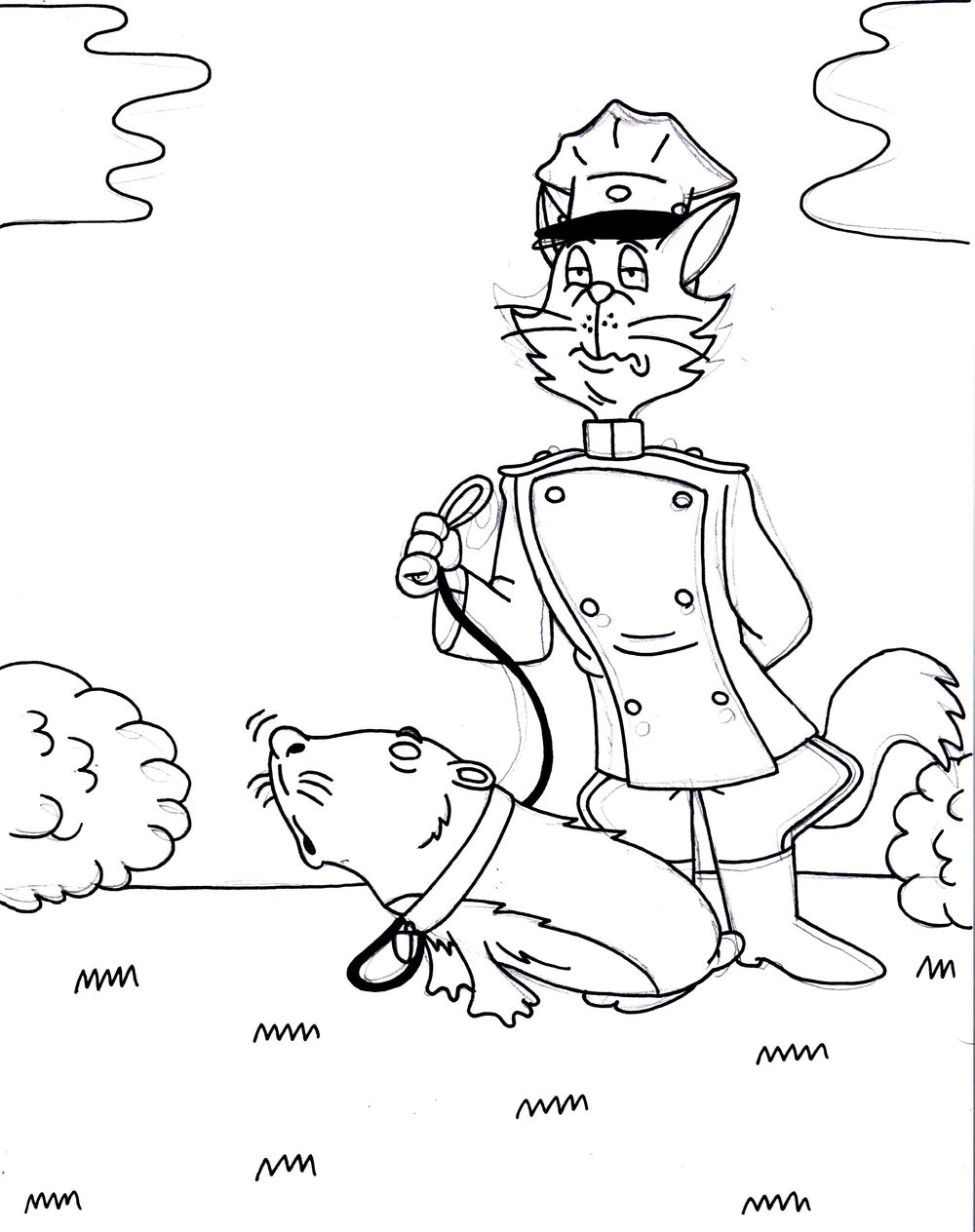 A couple of MASA guards having progressed into fully-fledged Ci-Kat-A drones. The one on the left with the mustache is intended to be the first guy Street converted. I figured it'd be interesting if, even as a Ci-Kat-A, he kept his rockin' 'stache. 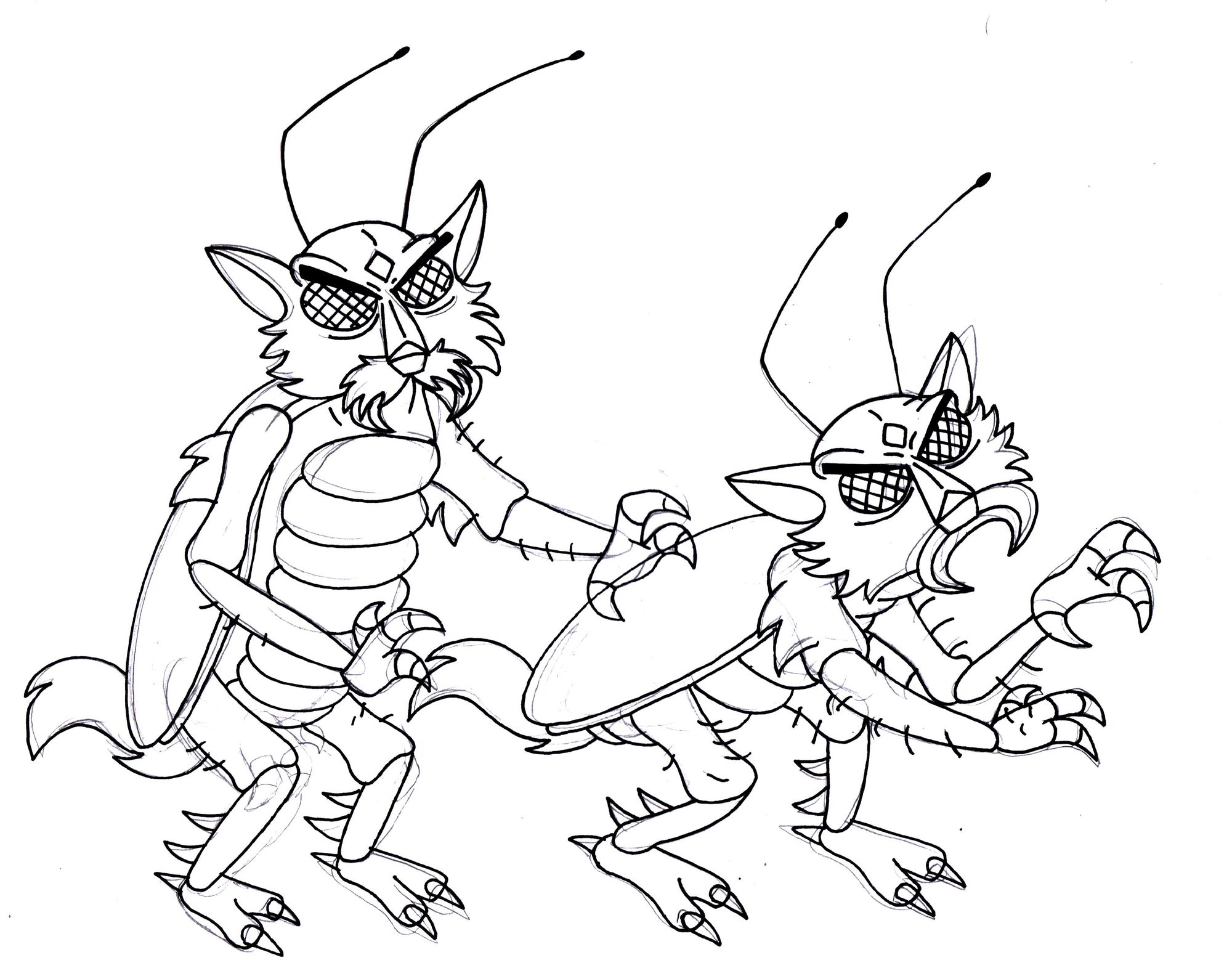 A couple of henchmen guys. Who for, I dunno just yet. Although they're mainly based on Norbert Weisser and Brian Thompson's German agent characters from Three Amigos (the bowtie and fedora combo mainly), I wanted them to look like they came out of a 1970s era crime flick, hence the taller guy's sideburns. 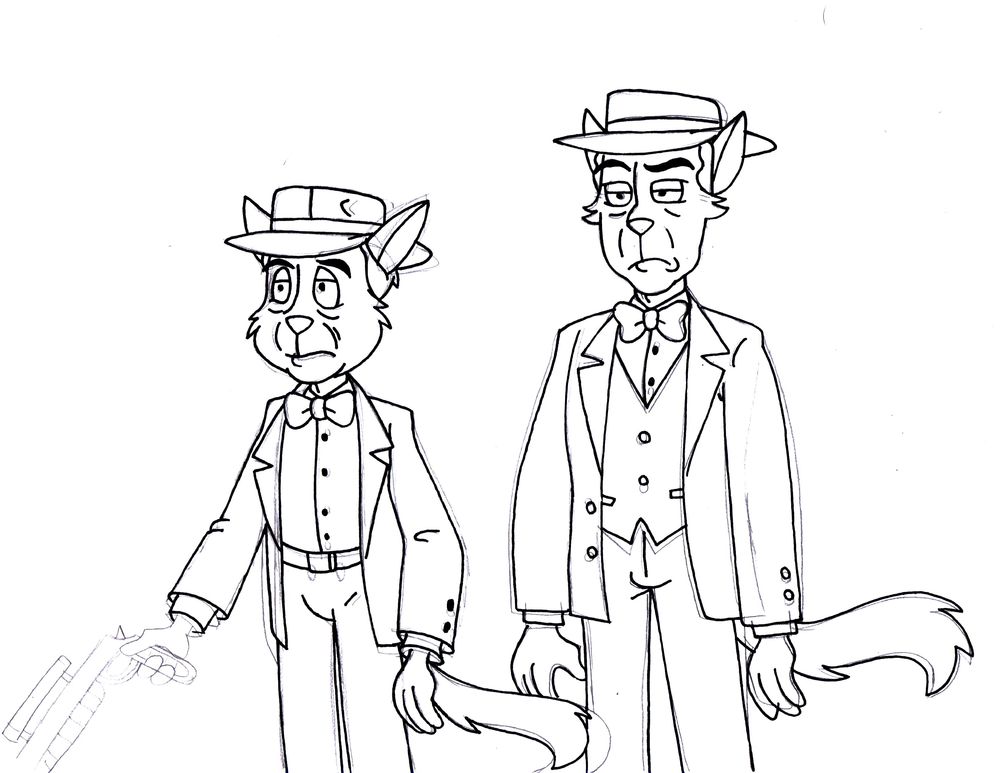 Some "fixes" for The Origin of Dr. Viper.

I was always bothered by the fact Emil's uniform didn't match the ones worn by the guys in Katastrophe. So here he is in what I take to be the "correct" Megakat Biochemical Labs guard outfit. 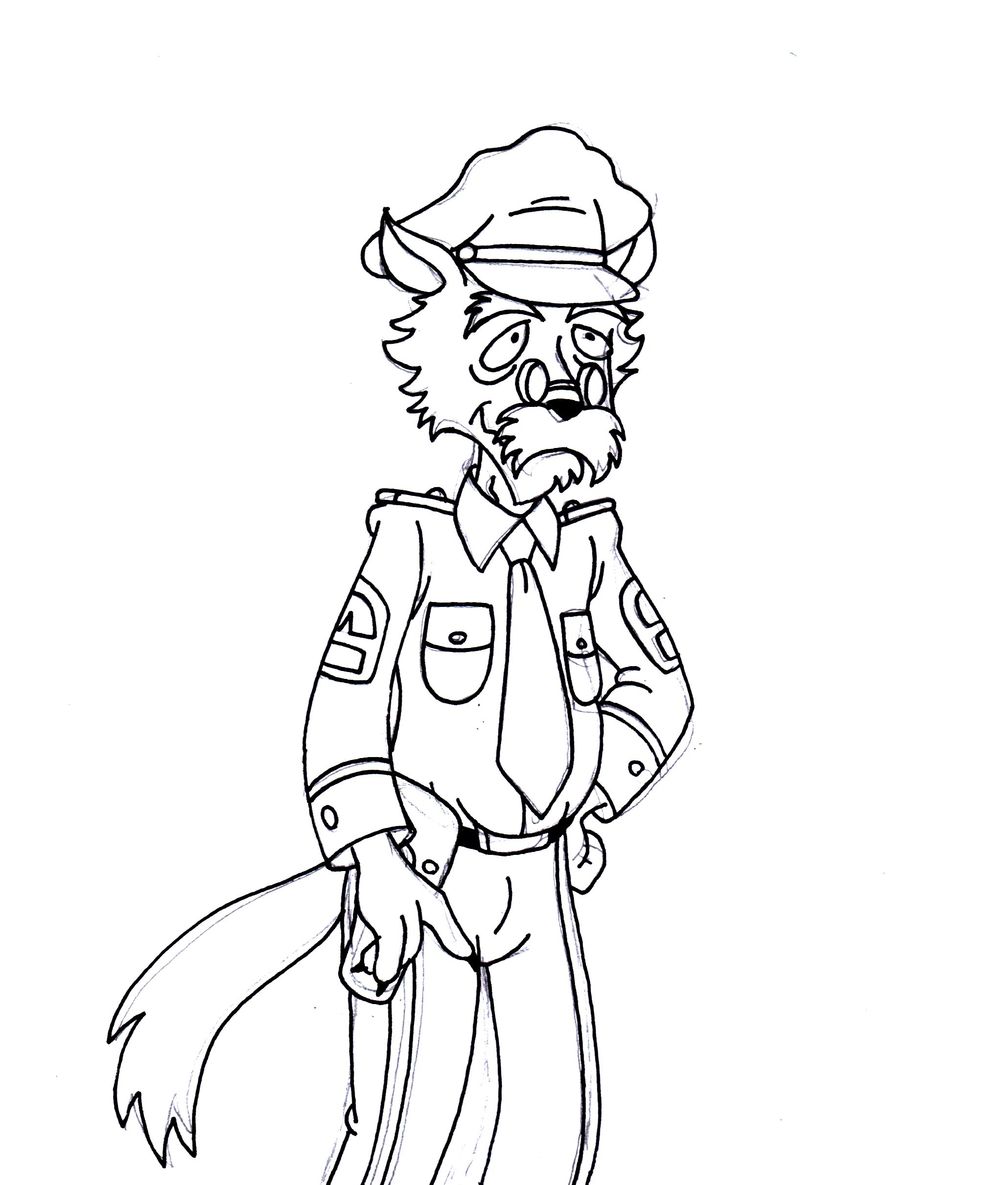 For the purposes of creating uniformity, here's Purvis in the same style of lab as Zyme, so that the two "go together" better. 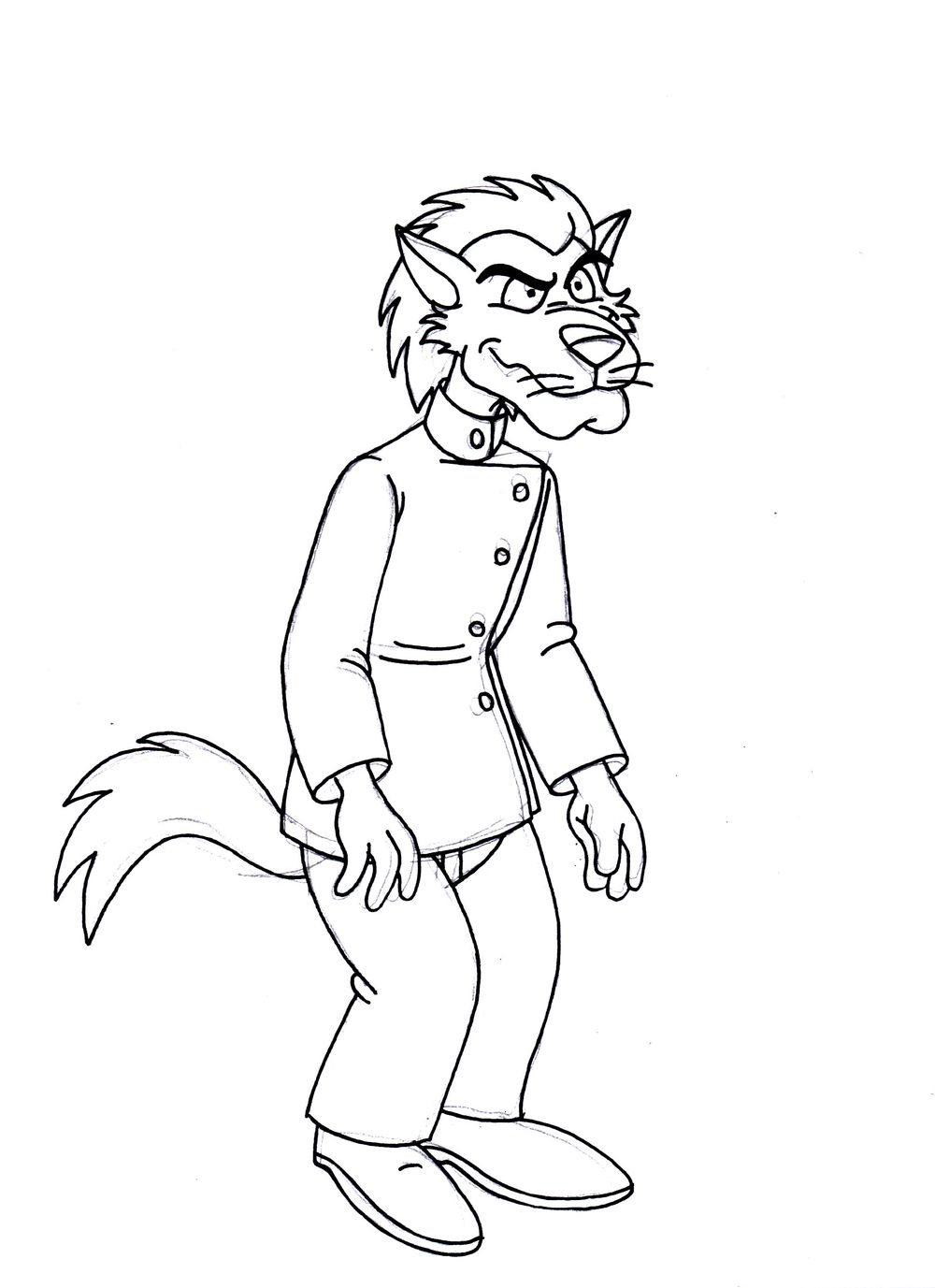 And a change to the morgue attendant's wardrobe to explain where Viper gets his lab coat from, 'cause it definitely isn't Purvis', due to the different lapels, and looks too huge on him even with his diminished frame. So I have it here that the coat originally belonged to the very burly attendant. 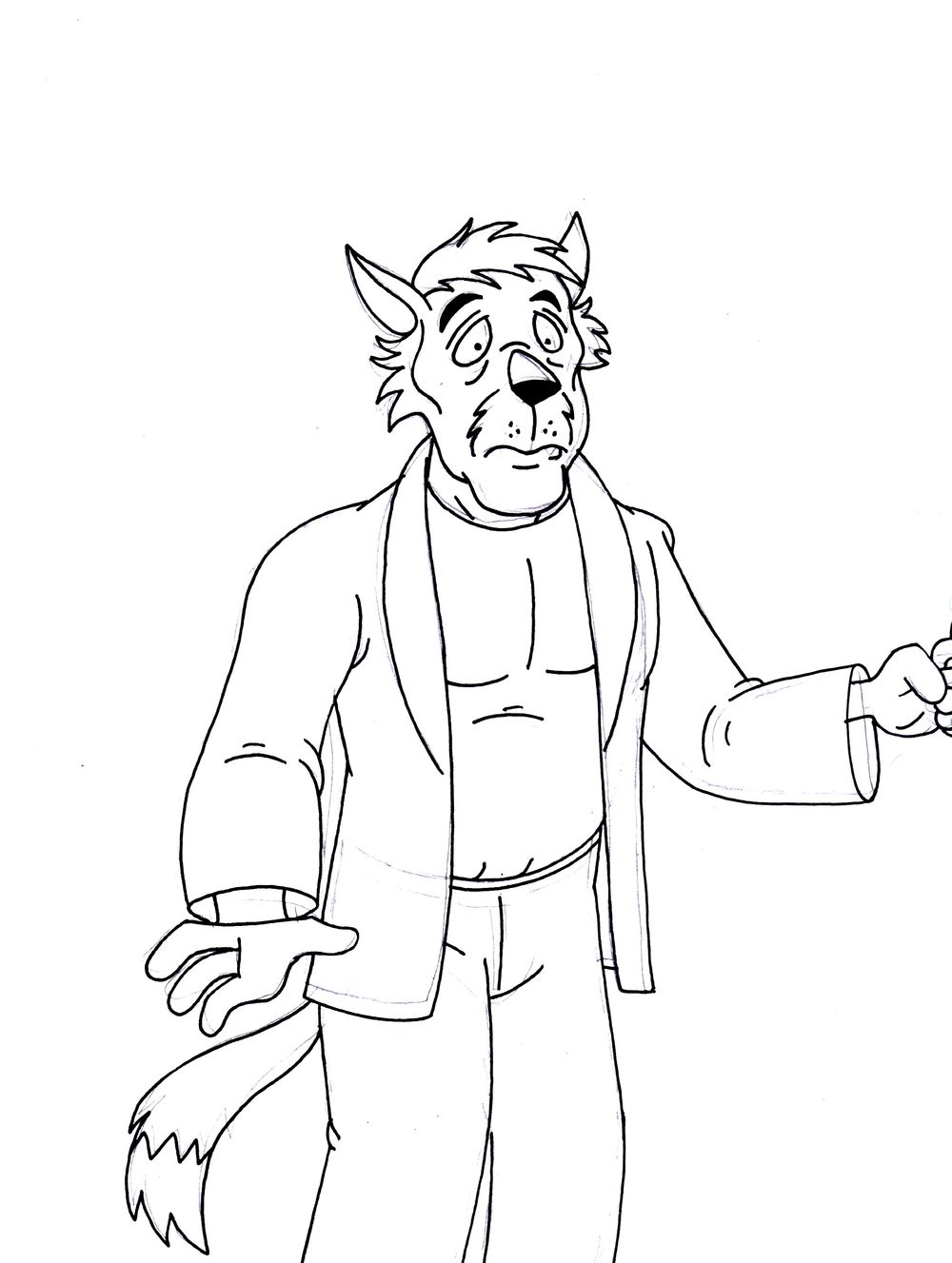 First up, an Enforcer troop carrier. The better to transport large numbers of commandos to the scene just two guys per cruiser. 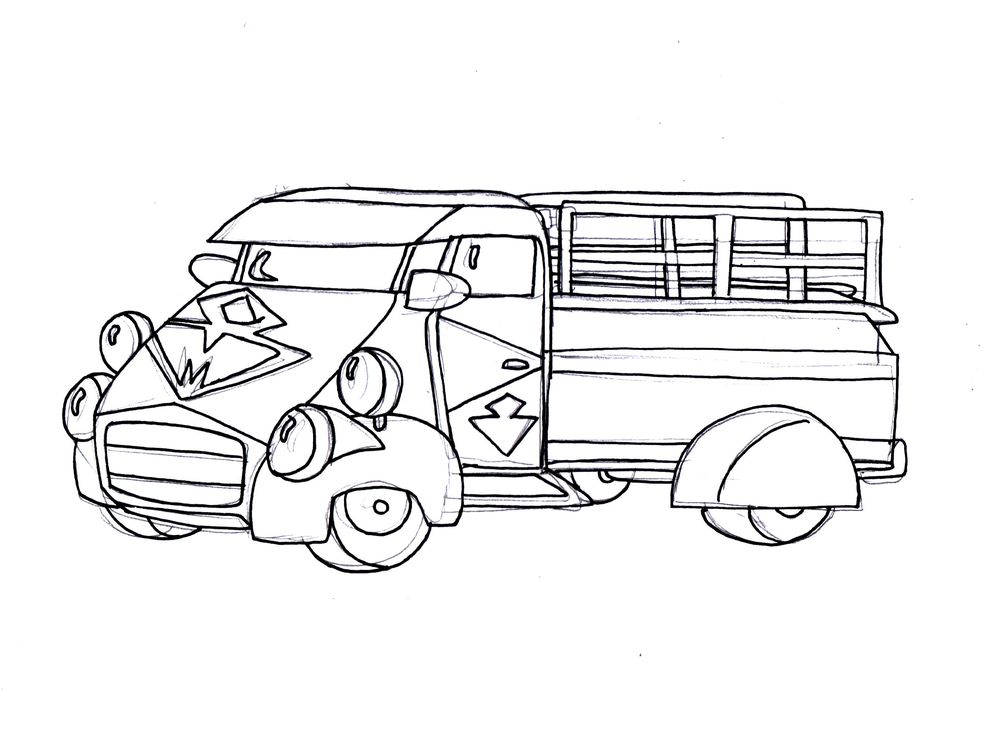 I based the front end on the Enforcer halftracks seen in Volcanus Erupts! and Unlikely Alloys.

The SUV used by Todfeld and co. in the script/fanfic The Radical Beginning. 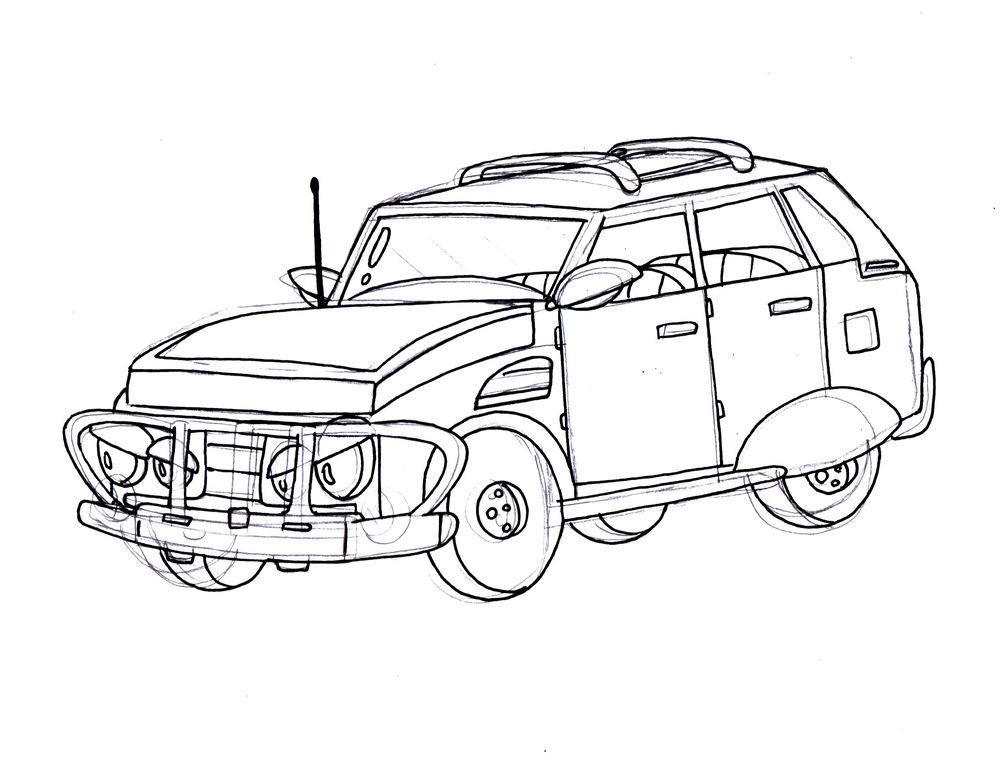 I intentionally gave the headlights a "mean" look to anthropomorphize the vehicle somewhat and make it more menacing.

Next up are vehicles belonging to the military of the nation of Luchsreich, which in my forever in development fanfic involvement Hackle's abduction by a foreign power are the country Megakat City('s country) fought in Mega War II, hence the Red Lynx emblem hood ornaments, flags etc. 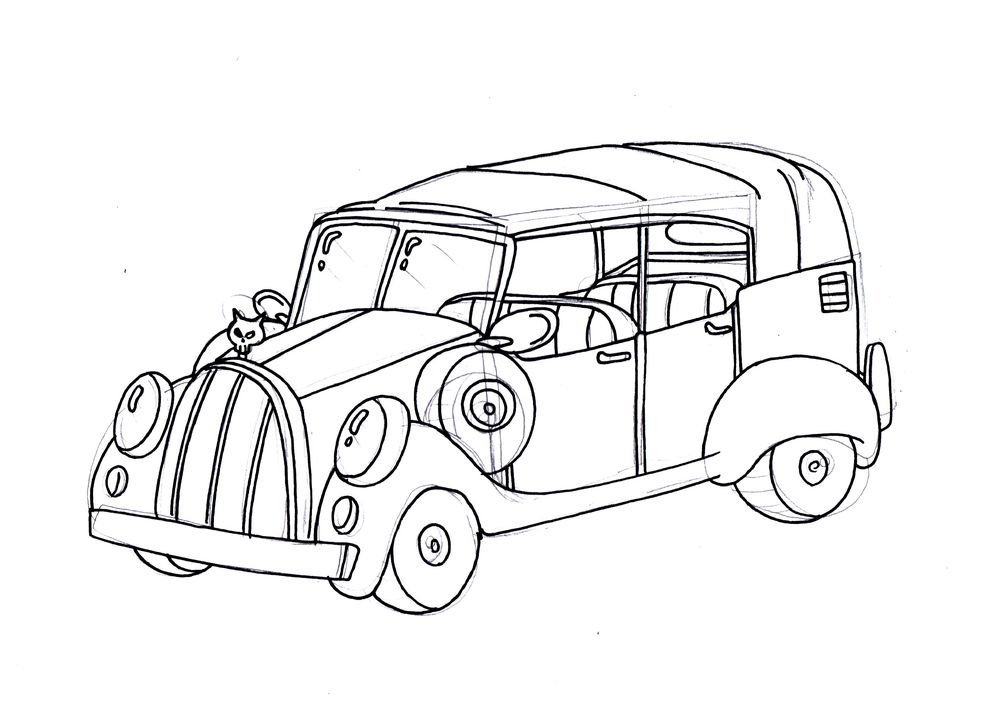 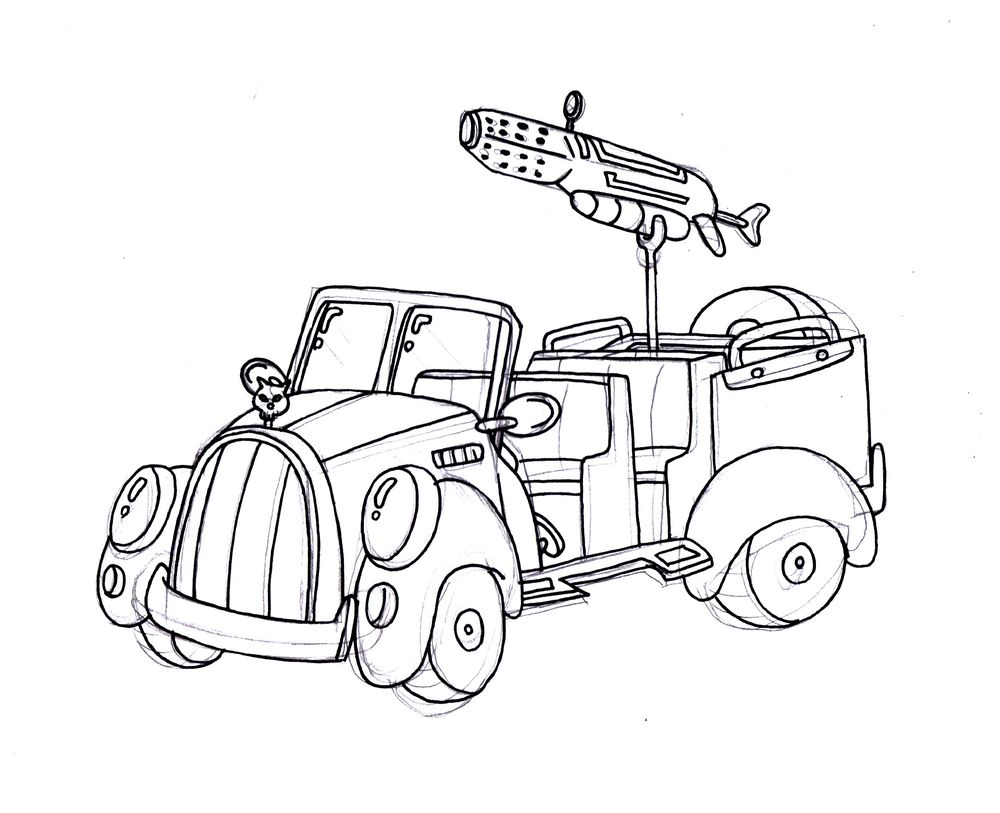 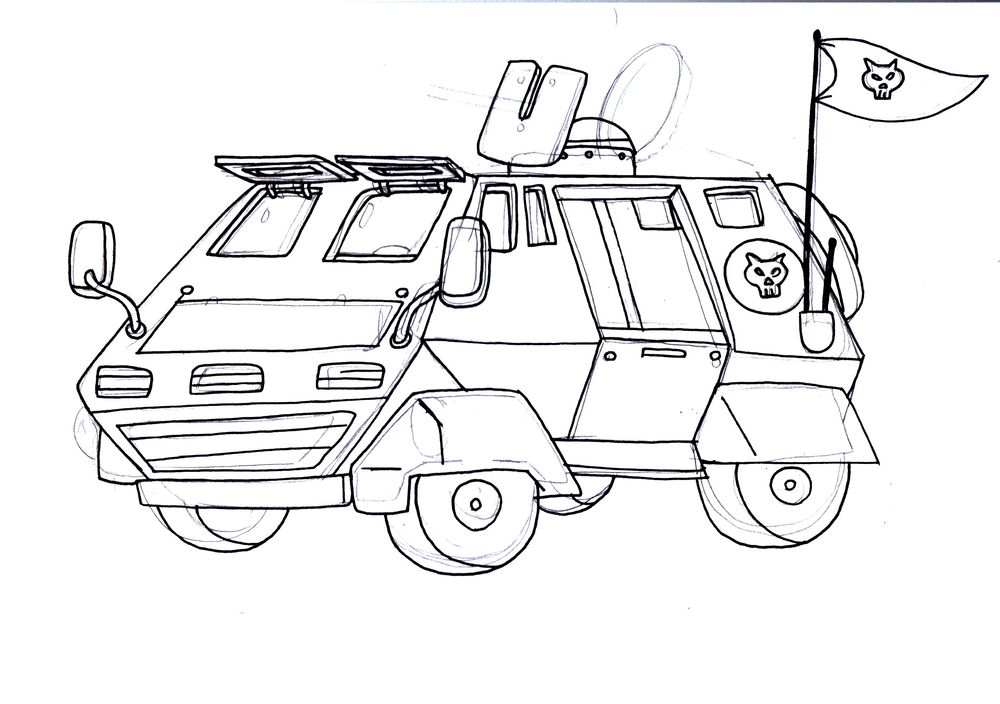 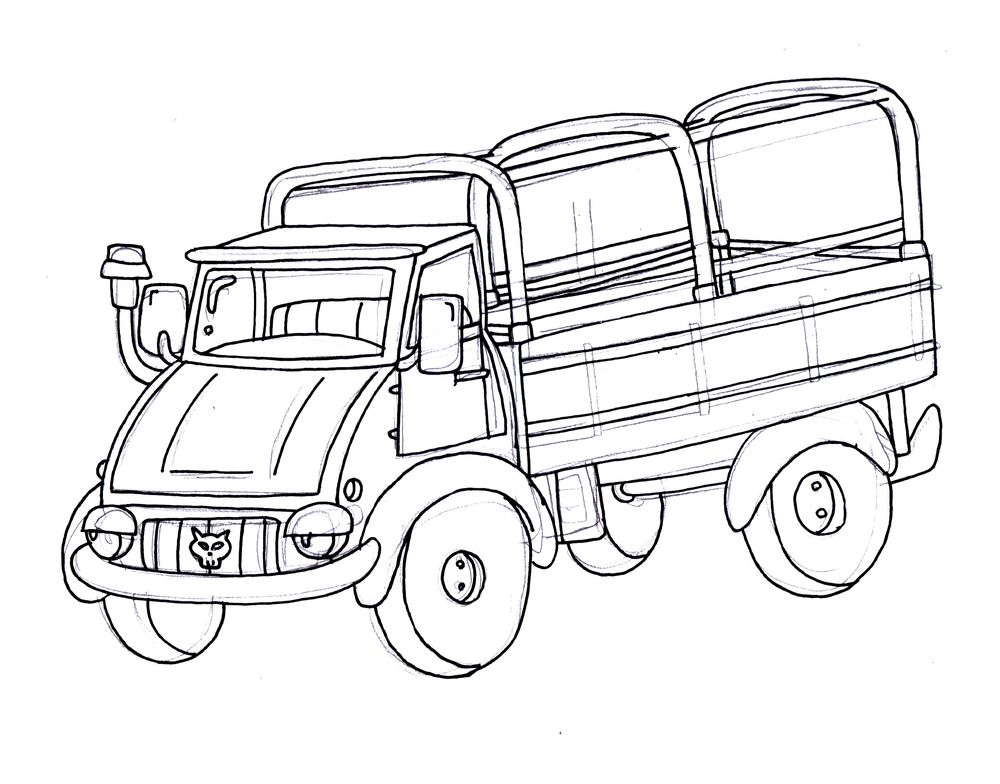 I gave their vehicles a more old timey style (though the truck and armored car are based on post-World War II vehicles) because they're intended to be an iron curtain country and so a little behind the times in terms of aesthetics.
2 x
R.I.P. Gary Owens (1936-2015)
Top 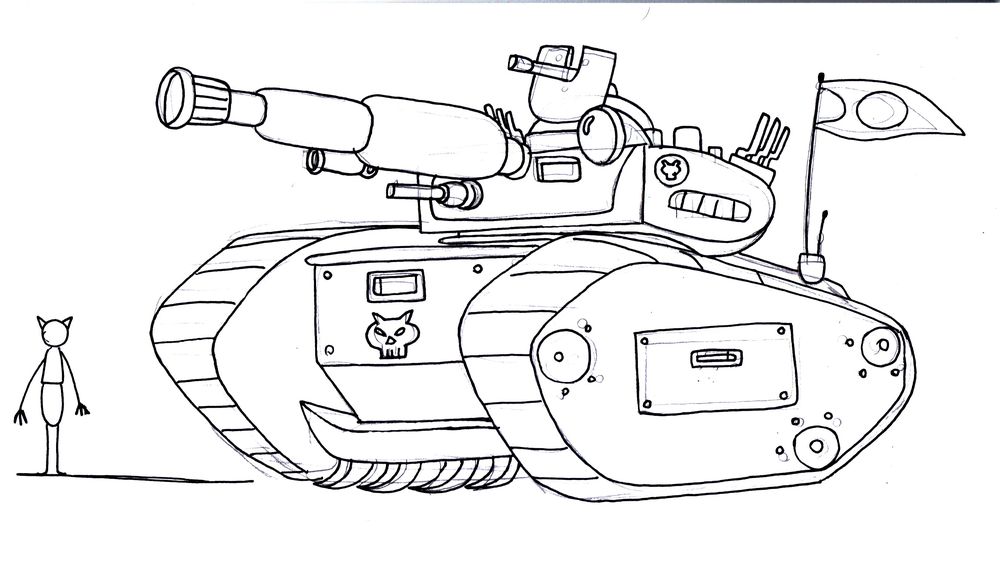 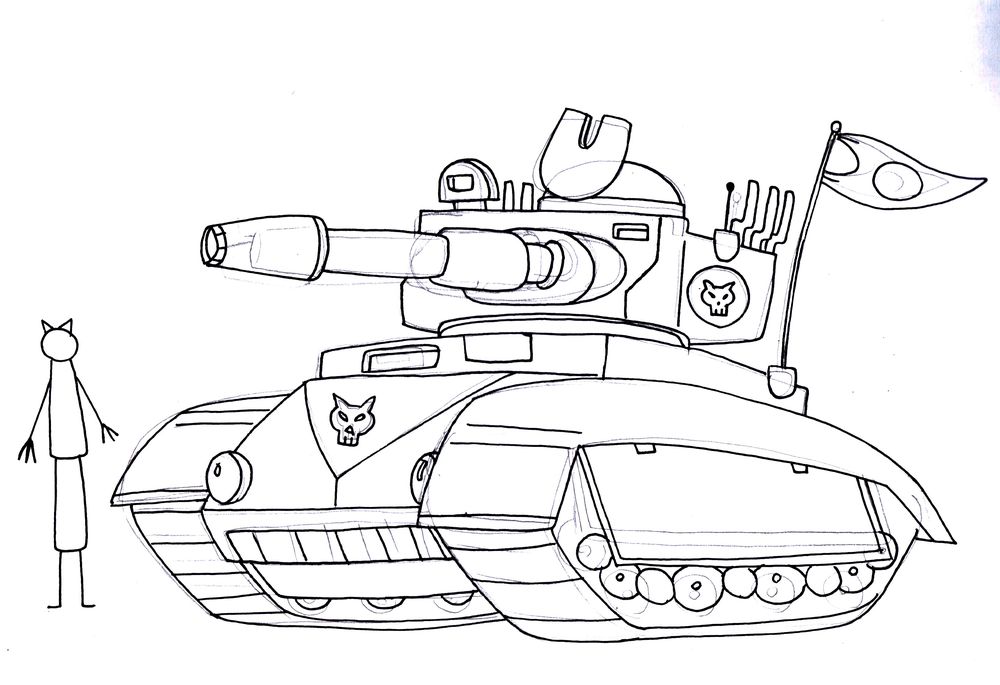 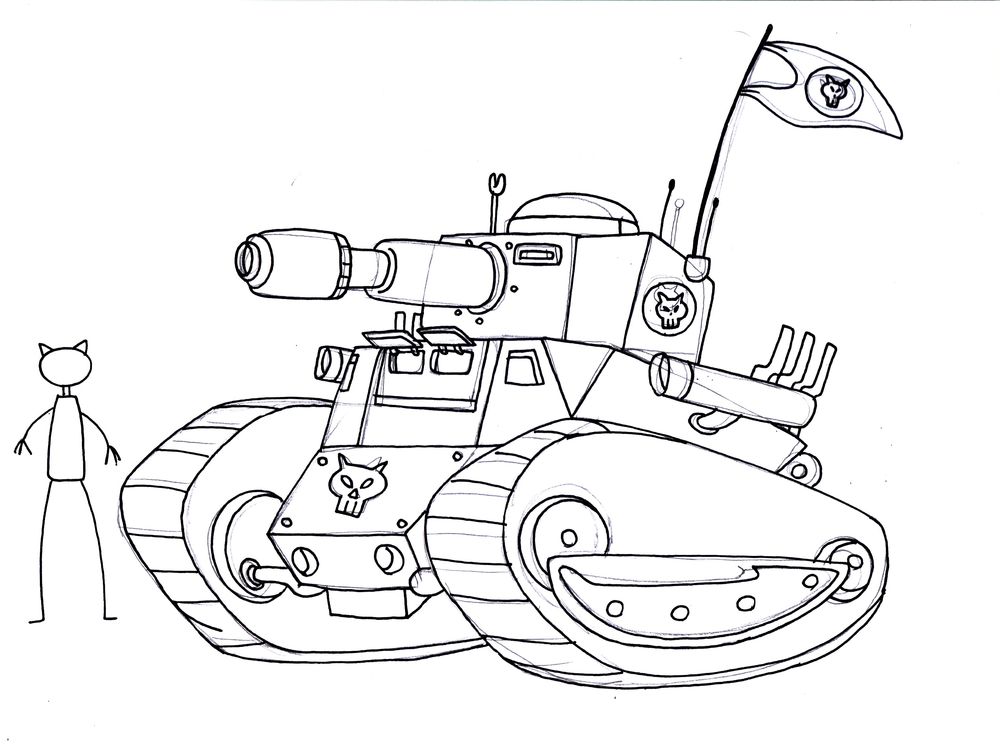 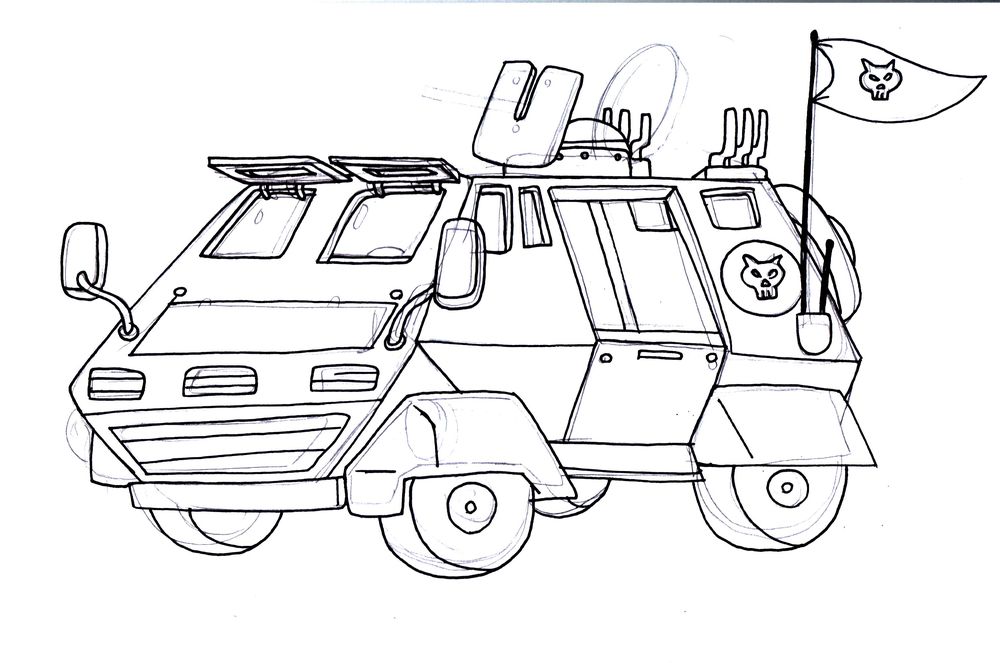 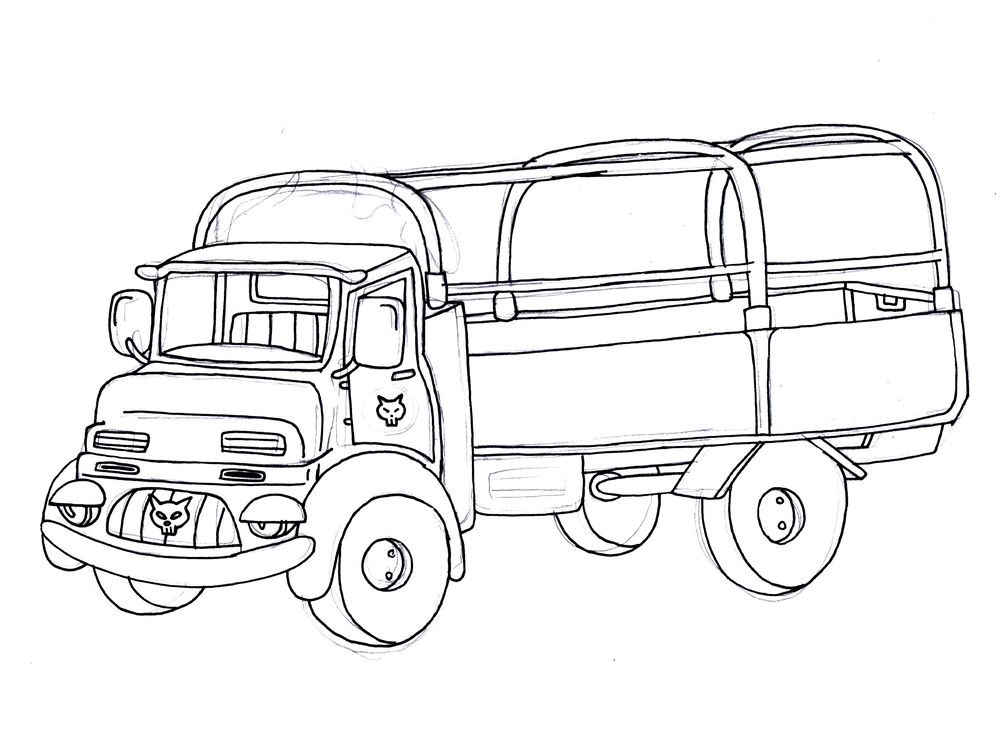 Another "outfit correction." Never got why that one Enforcer sergeant had such a different uniform to all the other sergeants (especially in Katastrophe), so here he is in the same outfit as Talon and co. 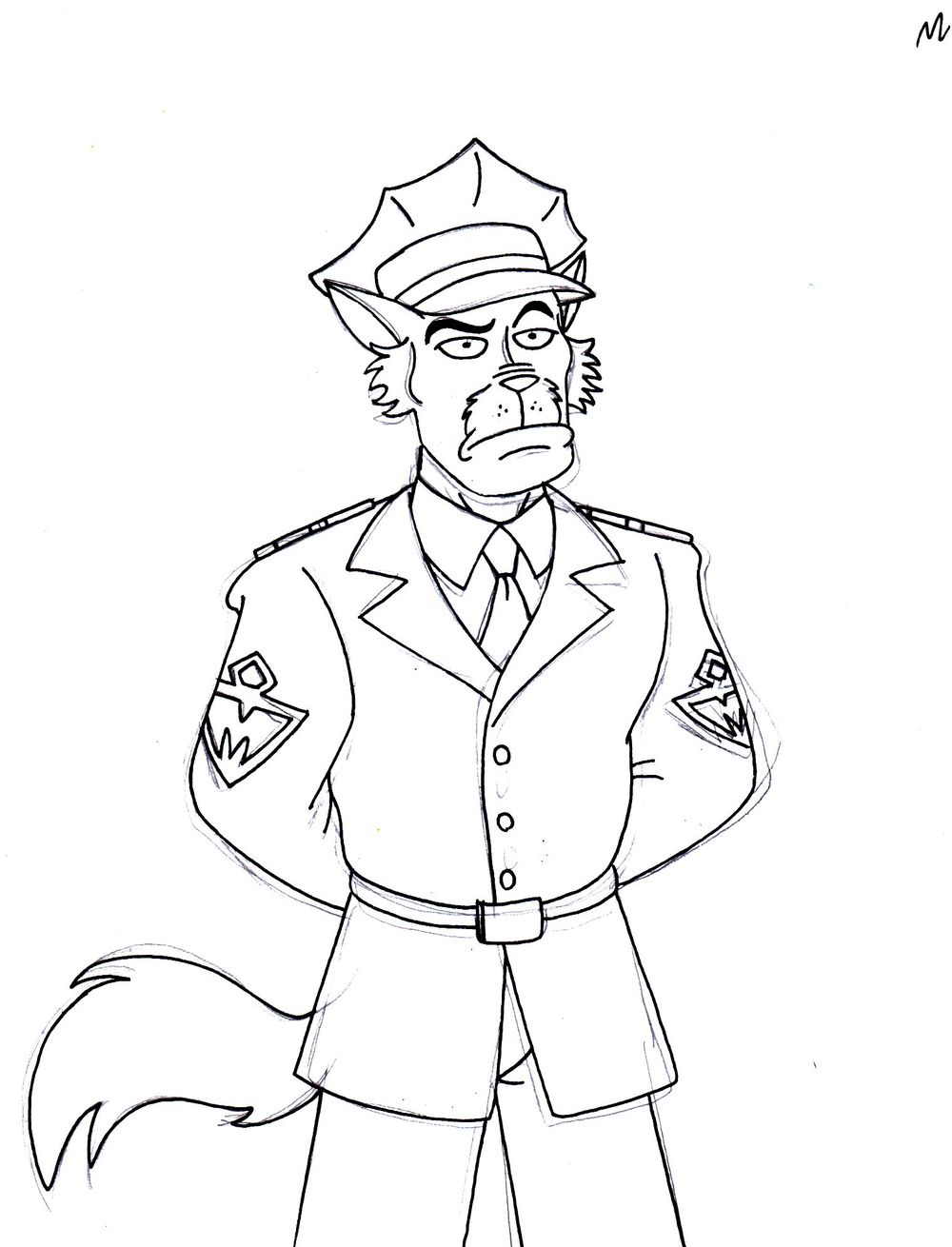 Franksen, a hapless worker at the Megakat City water purification facility I've drawn being victimized previously, has another run-in with Dr. Viper, this time through his latest creation, a hulking mutated former Enforcer now known as "Sidewinder." 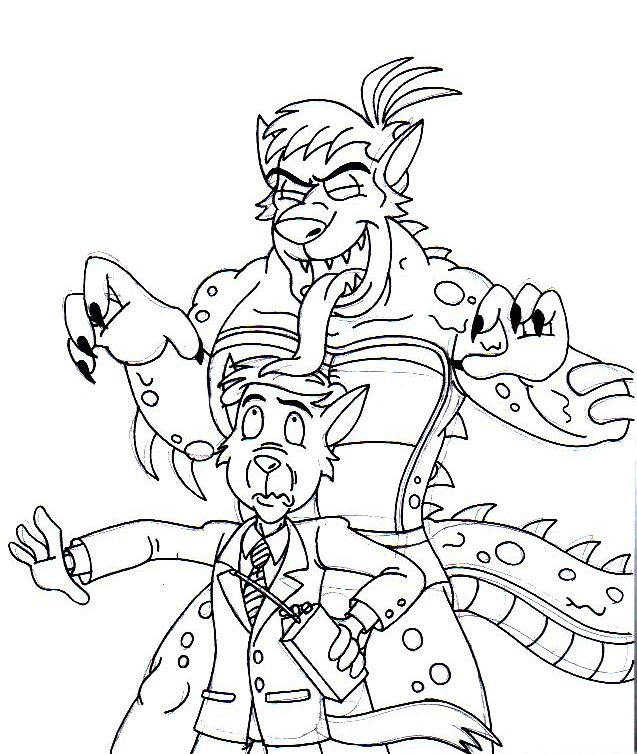 "I'm not paid enough for this!" 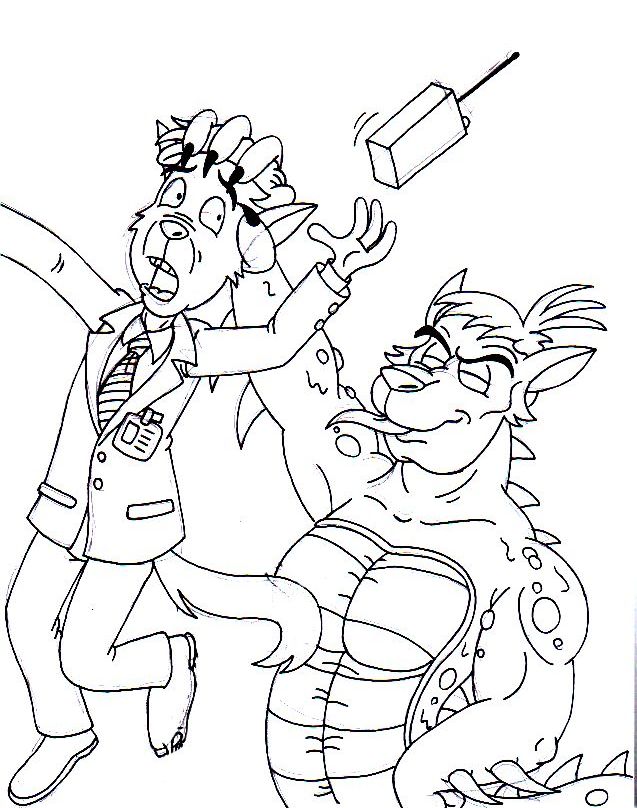 Meanwhile, on the cuter end of things, here is an O.C. I developed, Callie Briggs' son Michael, a child she had with a Puma-Dyne researcher who was killed during Zed's attack on the facility. 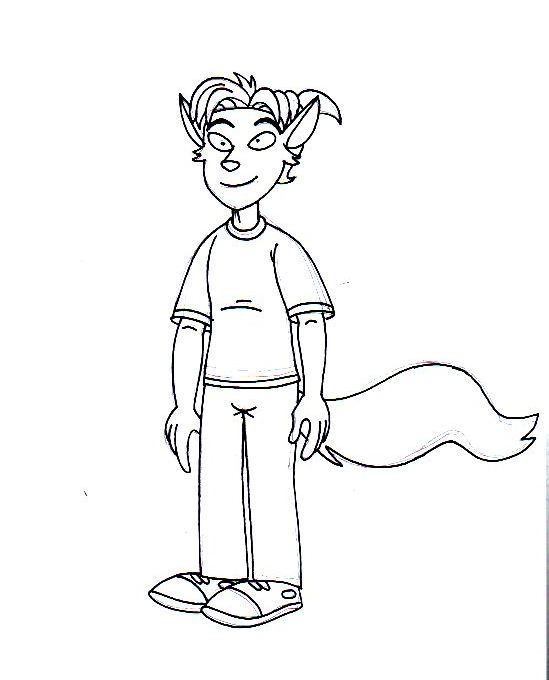 And Michael in a school uniform, because after gaining custody of him after his father's death, she of course ensures he attends the finest private school in Megakat City. Best education possible. 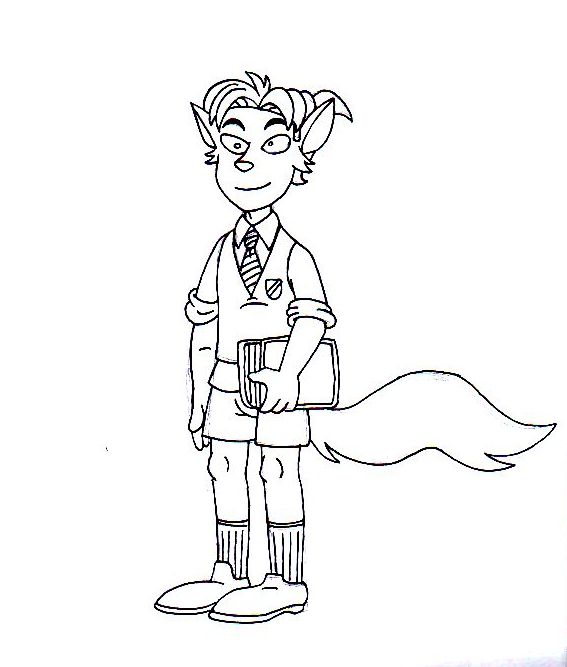 And a (slight) refinement of The Doctors of Doom's Gray Taylor. 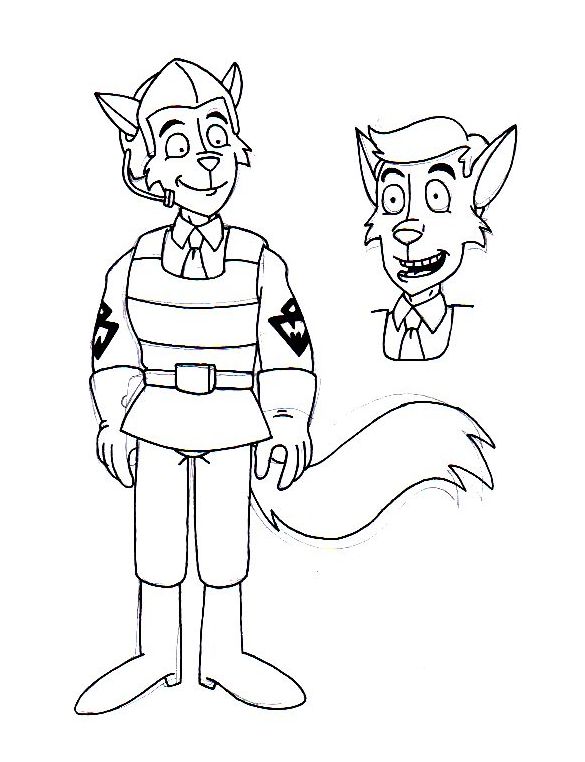