Okay, time to get organized, here. This thread will be for my finished pics. Sketches can be found over in Ty-Chou's sketch thread (https://megakatcity.com/viewtopic.php?f=18&t=172).

So first up, two cute little boys from Night of the Dark Kat (white hair) and Chaos in Crystal (black hair)! The show's children don't appear often, but when they do, they're just darling. 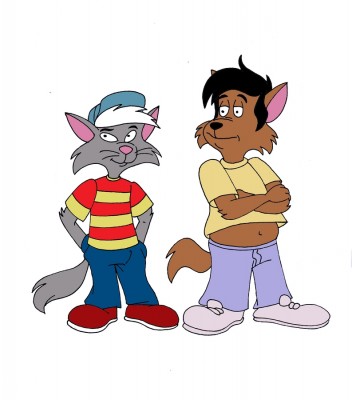 Next up, Manx's chauffeur. When he's first seen in The Giant Bacteria, his uniform is blue, but then in Chaos in Crystal it's gray. So I did both versions. 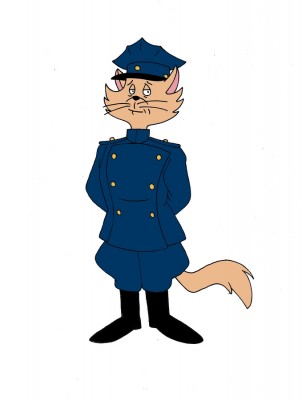 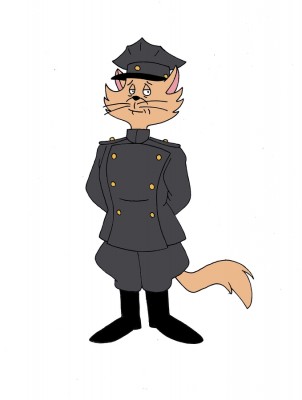 Oldish art, but this is an O.C. of mine named Dr. Belljar. He's a scientist who works at Megakat Biochemical Labs. In my head-canon where Zyme survives but is left deformed, Belljar takes over the labs' chief scientist, but he's a perpetually nervous fellow, intensely fearful of Dr. Viper. Despite this, he has a good heart, and is good friends with the Enforcers' own in-house biochemist Dr. Konway. 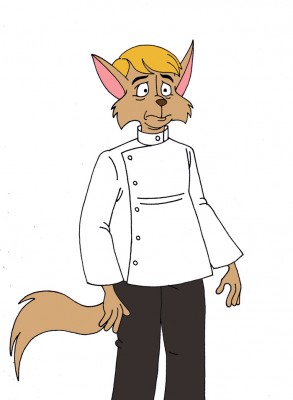 Some Ci-Kat-A guys. Professor Eric Azimuth is a MASA scientist who winds up in pretty much the same situation as Dr. Street. The other guy is just a random scientist who gets infected. 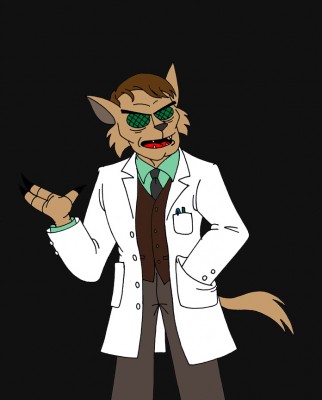 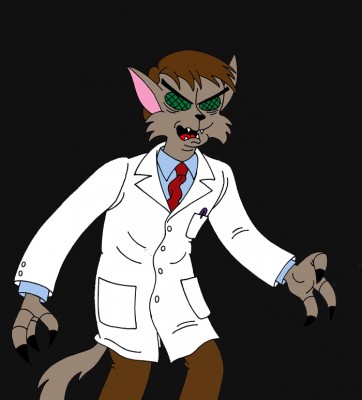 O.C. Army characters from The End of the SWAT Kats! General Finlay Boggs, Captain Pomeroy (originally named Captain Montmorency) and an anonymous soldier. The Kat Army's uniforms are predominantly British rather than American in style.

Boggs is based heavily on actor John Bennett in his role as General Finch in the Doctor Who serial Invasion of the Dinosaurs; I was particularly intrigued by how Finch's mustache seemed to match his eyebrows, and I tried to emulate that. Since I use words like "skeletal," "thin" and "ghoulish" to describe Boggs a lot in both the story and script, I really wanted to visually make him seem sunken-featured and emaciated. 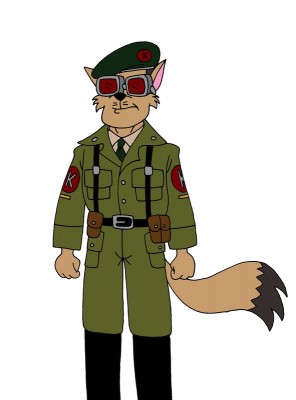 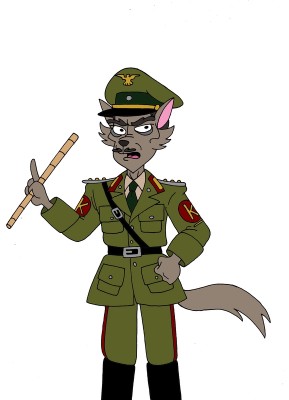 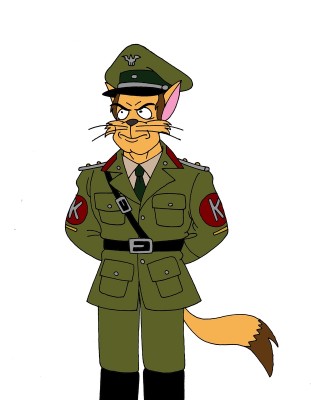 And finally for today, from the same story/script, Dark Kat's techie guys Geoffrey Blim, Nicholas Marlow and Mortimer Zeckis. I did them model sheet style with alternate head views and different (scared) expressions. As regards their rank insignia, it works backwards; instead of three stripes indicating senior technician it indicates third-most senior. This is left over from an earlier version where they were called by number instead of name (i.e. Blim = 1, Marlow = 2 etc.), until I decided this was too much like Dr. Zin's henchmen in Jonny Quest vs. the Cyber Insects, from which their uniform design is taken.

And speaking of their outfits, not to toot my own horn, but I am rather happy with the idea of the chain linking their collar to a chest pin in a sort-of emulation of Dark Kat's own huge chain linking his clasp and shoulder pauldron.

All of them are based on three of the four "Dark Trooper" generals I designed years ago. The only one I didn't use was Anatol Wessel, because, as a big, brawny guy, I didn't quite think he'd fit in with their new role as console jockeys instead of military officers. 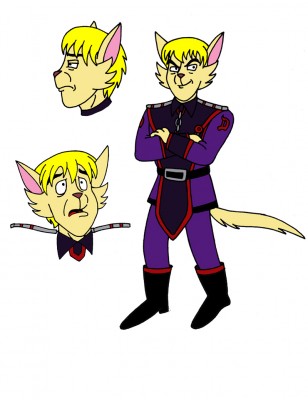 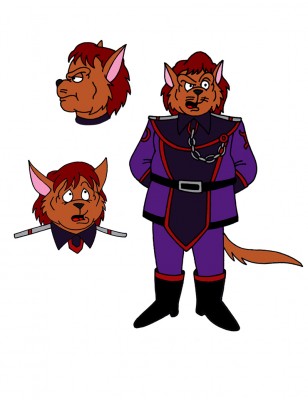 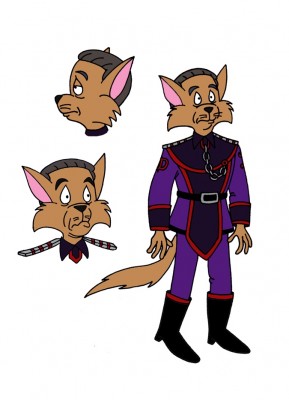 Zeckis has always been my fav. LOL The short jittery guy rising in ranks... just seeing him standing next to DK XD best watch out and not get overlooked with DK's large self!
1 x

Dark Kat finally takes over Megakat City! .... And then immediately regrets it, as Callie and Feral figure out the best way to defeat him is to bury him in paperwork! 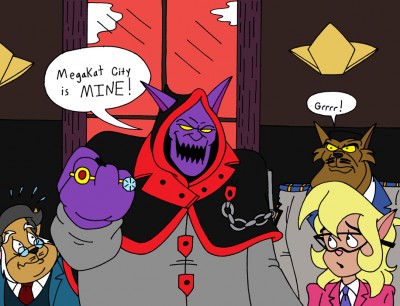 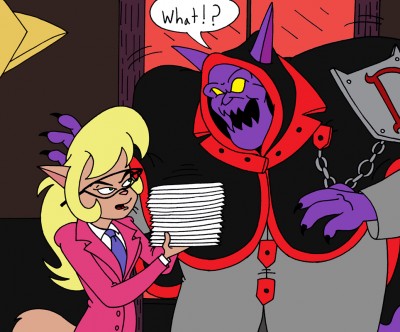 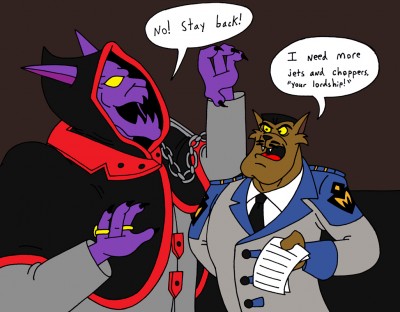 These are really nice. Very much like the style of the show itself. Heh. That comic is funny.
1 x
Top
Post Reply
195 posts