Thanks! I tried doing this years ago with Felony but after a week or so I gave up. >_> I need to draw more regularly so figured this would help. Some of these will be finished, Dizzy is one of those.
1 x

27. Coat - Using his Surge Coat, the techno-crook Hard Drive can hack into computer systems, control electronic devices and even turn himself into pure electric energy to zip through wires. 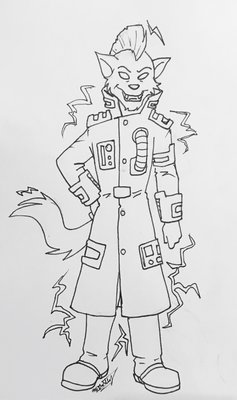 28. Ride - Sometimes the SWAT Kats need to leave the Turbokat jet during a crisis. They have a suped up motorcycle called the Cyclatron to ride on the ground that drops out from the bottom of their jet. There’s even a tandem one when the both of them need to ride. 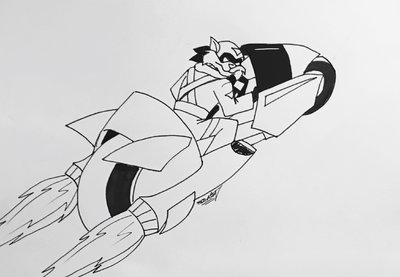 29. Injured - Drug smuggler Fango barely survived after a warehouse explosion caused by the Metallikats. Commander Feral didn’t care how injured he was as he interrogated him on who was responsible, erroneously thinking it was the SWAT Kats. 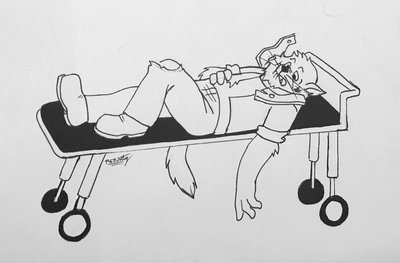 30. Catch - The SWAT Kats were able to catch Dark Kat and Hard Drive in the episode Night of the Dark Kat. They dropped the pair off with the city’s stolen treasury to Commander Feral and his Enforcers to put away. 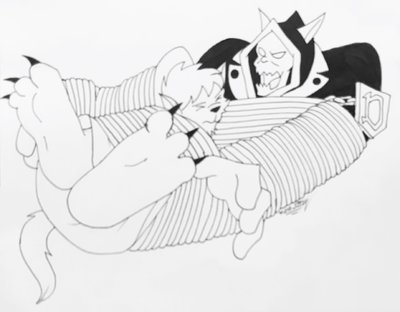 31. Ripe - In Destructive Nature, Dr. Viper planned to have a giant sporepod explode over Megakat City which would turn it into Megaswamp City. That thing kept growing on top of Megakat Tower And was looking pretty ripe. 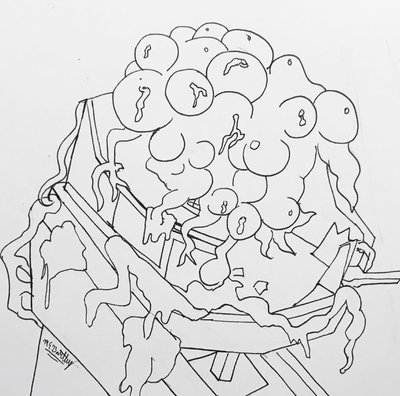 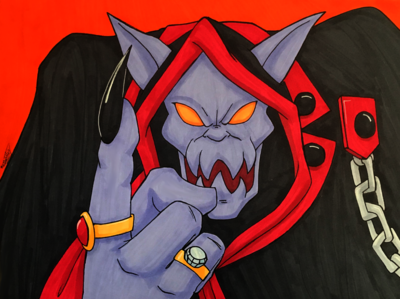 Decided to color my favorites of the Inktobers. Here’s the first with my fav bad boy Dark Kat.