Teachers should be a bit more clever. Mega-detonators are not dangerous... till they are attached to a bomb ._.
BTW, that creepling pijama design... BEST IDEA EVER. New SK merchandise confirmed.

As I became more comfortable in the #skrpg, I began to play more villains. Villains are fun! In the #skrpg, there was a demon named Scuzz who had fallen for one of the girl SKs Klawz. He became a pest and his mun was hilarious, taught me how to be good at playing bad guys. XD In the #skrpg ‘verse, Hell was where demons like Scuzz worked. It was like an office setting for the higher status ones, and Scuzz worked in what was called the Office of Infernal Affairs.

The idea came about for a jealous ex-girlfriend of Scuzz’s. She had heard about his crushing over a goodie goodie and decided to cause him trouble, which in turn caused the SKs n friends trouble. There had been a sorta established naming for most demons, a name spelled off but sounded like a regular word. Swytch was a shapeshifting demon so I called her Switch. Change the i to a y and there ya have it.

It was later on in the #skrpg and when I brought her into the MBI/SKRPG that I gave her a background story. Swytch was once a mortal named Elizabeth who lived in the the colonial era during the witch hunts (or during the dark ages in the MBI version). She fell in love with a man but he was in love with another girl. Desperate she made a deal with a demon, selling her soul for the power to win her love’s heart. She could change her appearance at will and pretended to be the girl. She was found out, rejected, tried as a witch as the village used the lake to get a confession and she ended up drowning. The demon found her worthy of serving Hell (or the Realm of Fire dimension in the MBI) and she became a demon, her weakness being water.

Swytch becomes a great soul monkey for the powers below and uses them to power herself. In both the #skrpg and MBI she caused trouble for the good guys at various times in various ways. Even when powerless she caused problems for the MBI agents as she wrote a tell all book of her life which insulted the agency. She despises mortals, particularly those in love or who stand for justice. She takes special glee in proving love isn’t real and making heroes look like villains. 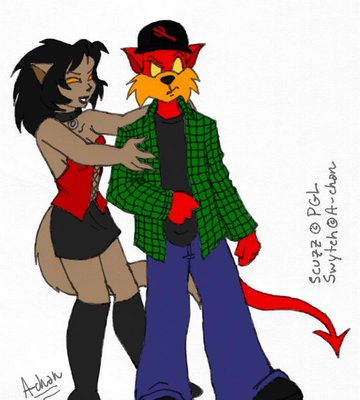 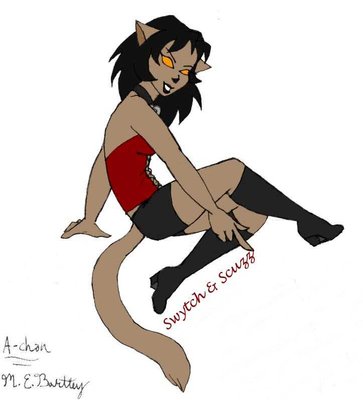 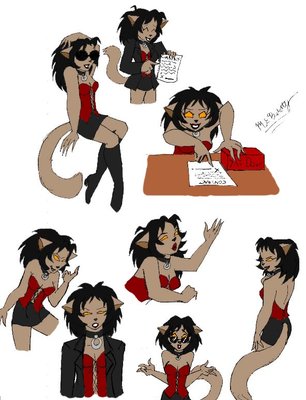 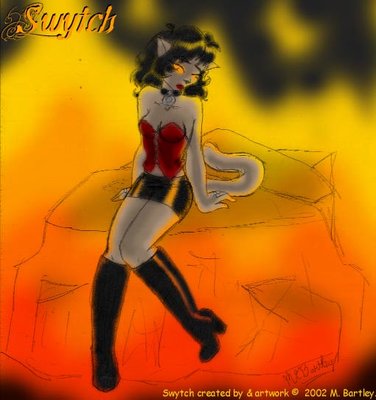 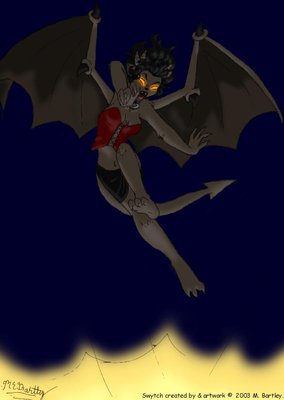 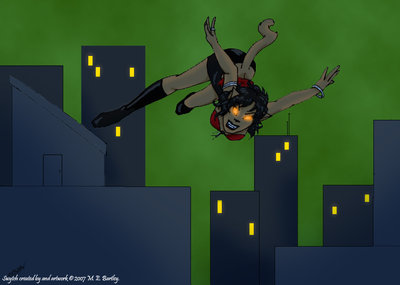 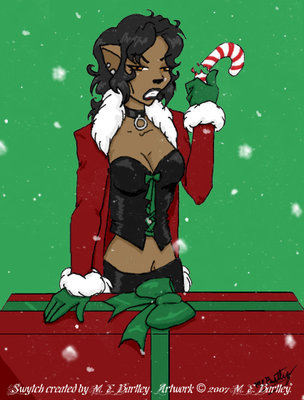 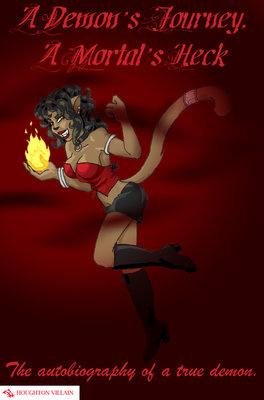 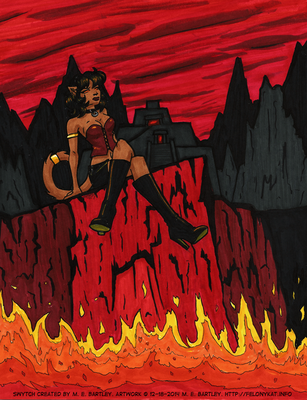 Felony wrote:Even when powerless she caused problems for the MBI agents as she wrote a tell all book of her life which insulted the agency

Easily the worst of her crimes.
4 x
Top 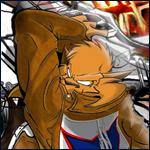 Also, Kyle was such a cute kitten!

LOL I don’t think they did. XD Tho Rupert Furdoch would cover her court costs.

I believe this is the first time I have seen Swytch. She is fast becoming one of my favorite character designs from you.
3 x
Top

Ty-Chou wrote:I believe this is the first time I have seen Swytch. She is fast becoming one of my favorite character designs from you.

It probably is as I’ve not drawn her much over the years. And thanks! She was on my top list of fav characters to play. ^_^
0 x
https://nova.swatkats.info - SWAT Kats: Nova Squadron
https://darkkat.com - Dark Kat’s Doomsday Page
https://felonykat.com - Class A Felony

By 2002, I had been in the #skrpg for about three years. The RPG itself though had been around years before. Many were losing interest or not able to make time for it anymore. I could see the #skrpg was nearing its end but I was still enjoying role play in the SWAT Kats universe. But where to go?

I had heard about the MBI/SKRPG from a few places. After chatting with a couple members via SK forums and such, I was invited to attend a session. I loved the concept, everyone was welcoming and so I came up with a character to bio and join. Protocol aka Ana Lytikat (later Ana Lytical) was my first MBI/SKRPG character. She was a cyberdemon and later gained sentience and a soul to become a cyberkat.

What are cyberdemons/cyberkats? They were created by Dark Kat as AI programs within his master computer. Part of Dark Kat's plan to create more intelligent help, this programming was infused with DNA sequencing and then routed through a conversion that transferred each from so much data and energy to a solid form.  All retain the ability to change from matter to energy at will, but when solid matter they are full kats. They can store energy, zap through electrical wires, think like computers with multiple tasks at once, interact and zap into computers and electronics, throw electricity stored up at an opponent and a few other tricks. They are weak against water especially when in full energy state (acoherent), can be injured or killed like any normal kat when in their solid state and an ElectroMagnetic Pulse (EMP) can shatter them apart in energy form or disorient in solid form.

All cyberdemons start out with solid black fur. I decided to have her go total opposite with a more cream color when choosing her appearance for blending in. I had help coming up with the name Protocol as most of the cyberkitties have computer related names. Protocol eventually rebelled from Dark Kat but she wasn’t fully in the side of good. She felt that cyberbeings were far superior to biological kats and thus should rule over them. Though other cyberkats didn’t share her world domination view, a few enjoyed bugging her... well mostly Matrix. Countless schemes of using others to achieve this goal failed and eventually she gave in to the cyberkat she loved Driver and settled down to live among the biologicals. She would even aid them when a major threat came along that would affect her and Driver. She might not care for the agents of the MBI, but she did respect their ability to survive and held Agent McGrath to high regard. 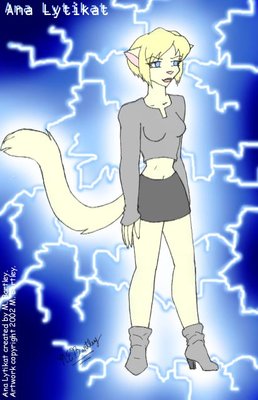 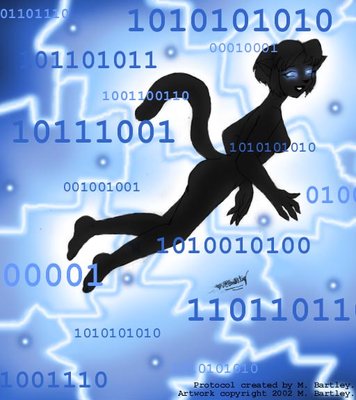 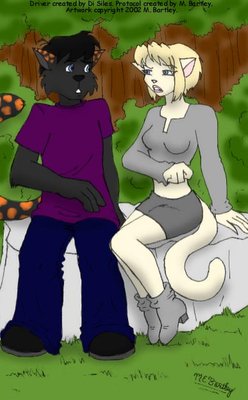 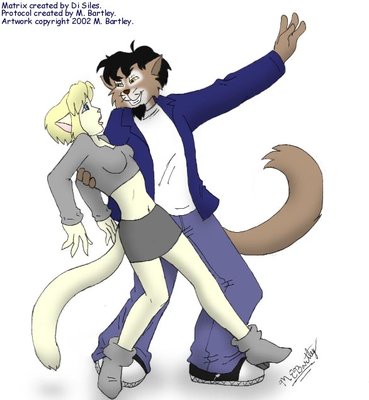 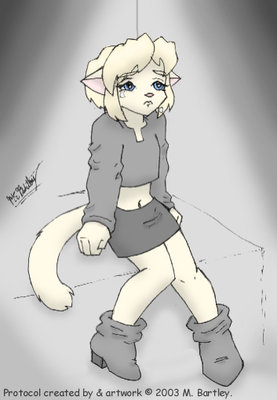 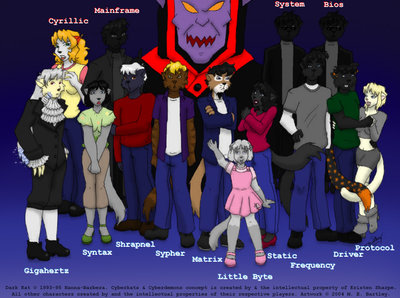 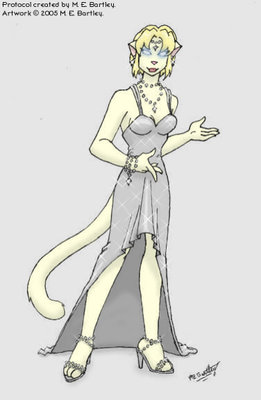 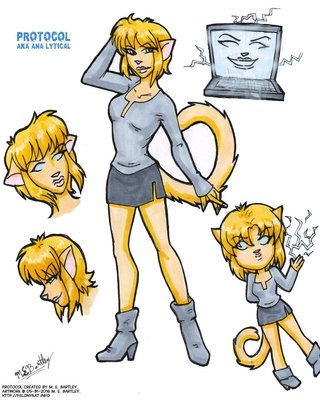 Cyberdemons/Cyberkats created by Kristen Sharpe for the express use of the MBI/SKRPG only.

lol I love the Daddy O'lanterm