If your creative masterpiece doesn't fit in art or text... then place it here! (Music, custom helmets, cosplay)
Post Reply
4 posts • Page 1 of 1

Thanks to the efforts of Felony many years ago, I was able to acquire a source backup of Strike's SWAT Kats Zone on CD. I re-purposed it once back in 2007-ish as a sub-part of the Encyclopedia, but after an upgrade around 2013 that wasn't able to be carried forward, so it just sat in my archives for awhile (thought most of the official show content was kept at SWATKATS.info). 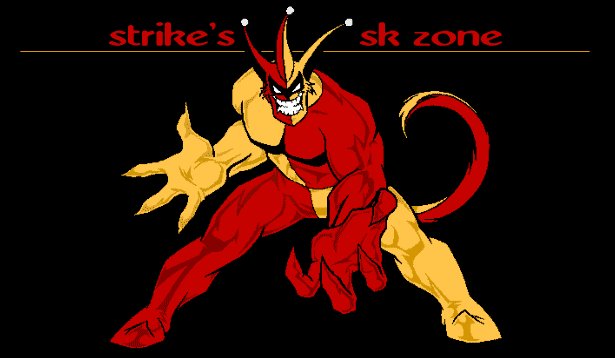 The reason it's been sitting for so long is because the source backup features a lot of inconsistent direct links based on the old whitestorm.com domain, along with reliance on a lot of outdated CGI scripts for navigation. It wouldn't have been a simple matter of just re-uploading files to a new location. Had to spend a lot of time doing some advanced regex finding and replacing, along with correcting a lot of several decades out-of-date markup here and there. And, even with that, it's not perfect, but it's good enough for now to at least let people take a look at it:

oh lord, the RealMedia files...! The WinAmp skins! It's high school all over again.

Oh, the nostalgia.
That was the first page where I checked about the series. Even the original character designs from the character page sheets were there.
2 x
Top
Post Reply
4 posts • Page 1 of 1

Return to “Other Creative Fanworks”