by MoDaD
The end of 2018 is days away. Usually during this time we tend to look back on the things we did over the course of the year.

What SWAT Kats related things did you do this year? Did you write any stories? Did you make any art? Did you participate in a project? Did you learn something new about the show? Was there some moment in a Discord chat you found to be notable? Was there an event you particularly liked?

Feel free to re-post/bring attention to something you may have already mentioned previously, so long as it's a 2018 item

by Echo
Well, to be honest the beginning of my year sucked. Got fired from a job, got another job, had to leave that job because I was moving, haven't found a new job yet.

But the end of the year was great for me.

1: Rediscovered SWAT Kats about 6 months ago, causing me to be curious and find this website.

2: Joined the Discord server and met a bunch of new people who are really cool.

3: Created a SWAT Kats fanfic called Fur Your Eyes Only, it's currently on Deviantart. Along with a comic I need to start up again and made some art.

4: Produced a fandub with the help of my friends from the Discord server.

by Kooshmeister
I did audio recaps/reviews of the unfinished episodes and two of the three unused premises (I still need to do Blackout) and wrote (and almost finished) a fan rewrite of The Doctors of Doom.

by Katney
Well, I think the only bit of SWAT Kats related works I've done this year is that one thing with the horses... 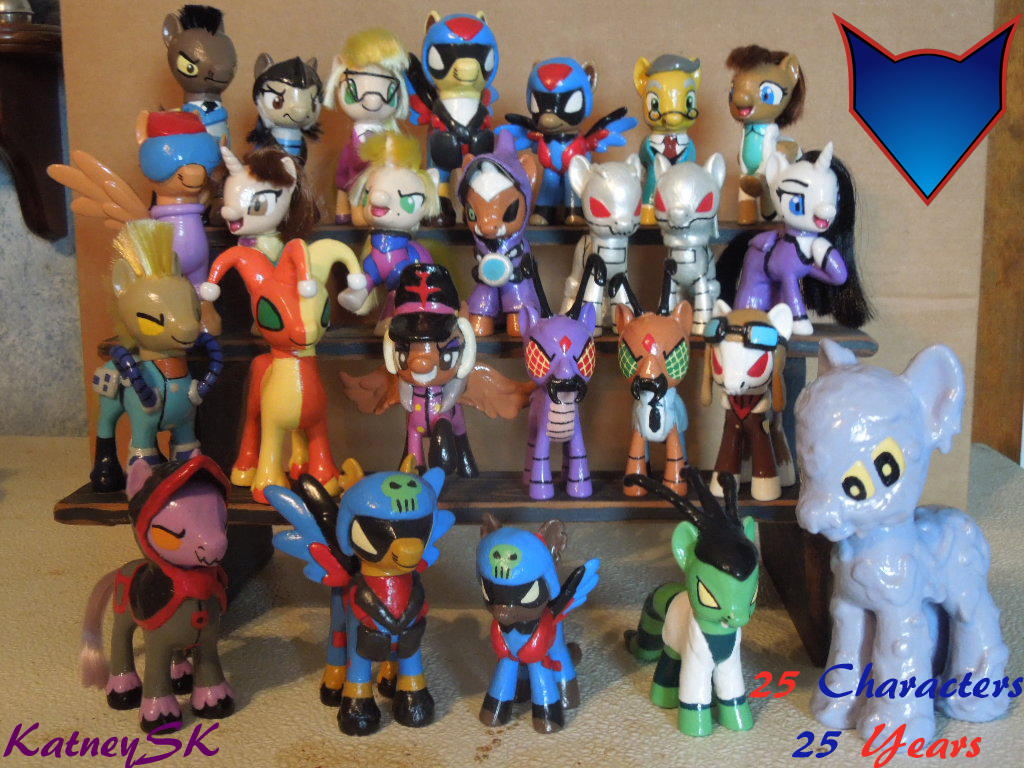 And it all began as a secret project to give presents to friends at a convention later in the year. Lucky for me it was the 25th anniversary so I could use that as an excuse to show them off to the internet. ^^ It got to be a bit of an addiction, I was gonna stop after I made Feral and Felina for the "Enforcers, late as usual" gag, but I couldn't resist the idea of going for 25. I now only have 21 in my possession as Dark Kat, Turmoil, Hard Drive, and Mad Kat went to their intended precipitants. ^^

by Lombax
Prior to October, I hadn't even thought about this show for probably 20 years. I was feeling nostalgic one night and started watching retrospectives on youtube about cartoons I used to watch, which were mostly Cartoon Network and Nickelodeon shows from the mid to late 90s. One that popped up in the recommended feed was of SWAT Kats. Just seeing the thumbnail opened the memory flood gates. I don't know why I hadn't thought of it in so long considering how much I loved it when I was a kid. Probably because it doesn't get talked about much and seems to be fairly unknown. I ended up buying the DVD set and binged it over the course of a couple of days. Ended up with some pretty cool swag, too. 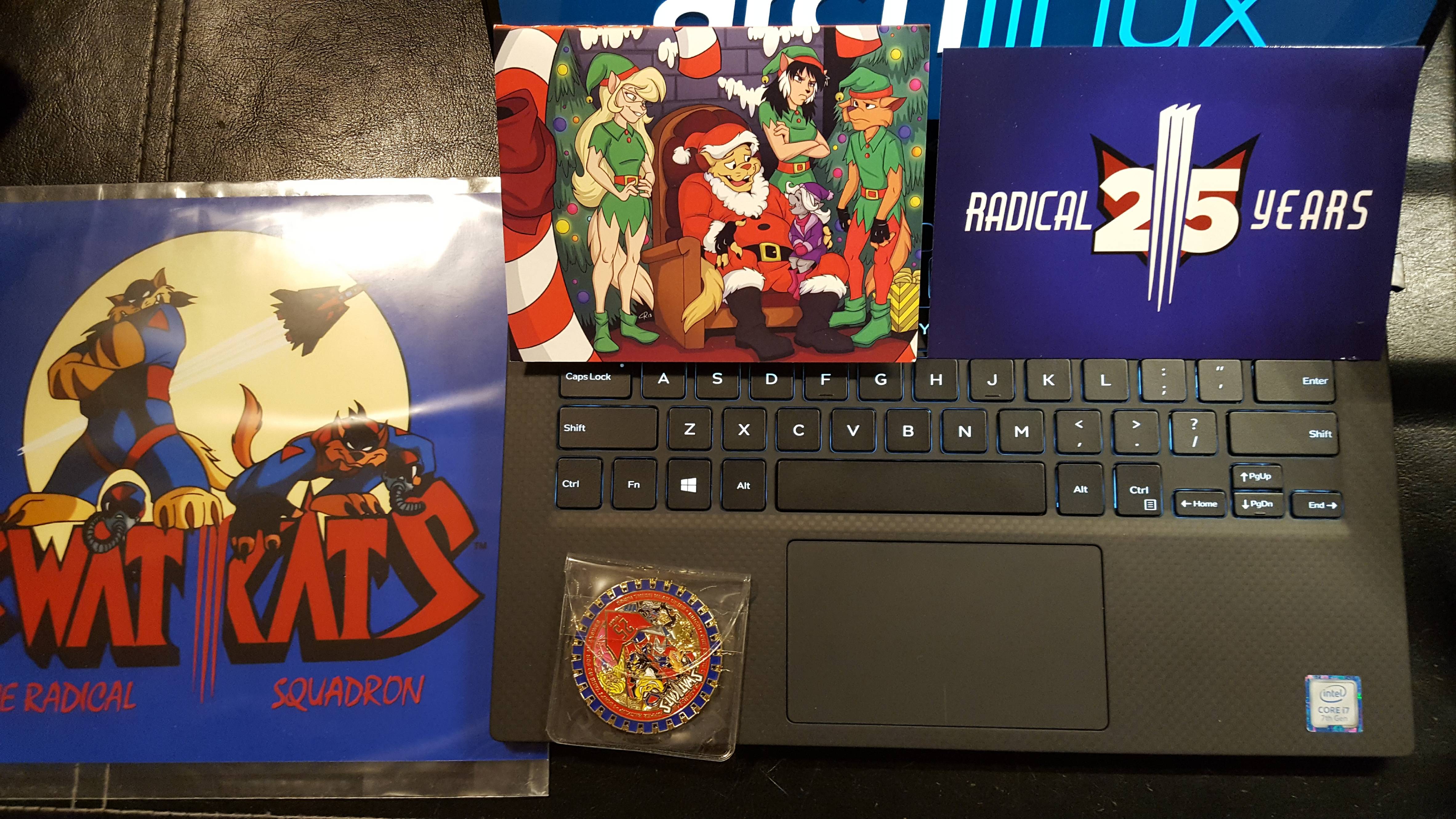 I got that one on the left off ebay. Not sure if it's legit, but it's supposed to be some sort of marketing photo from Hanna-Barbera. Not sure if anyone here can verify it. Even if not, it was only like 10 bucks and it's pretty neat regardless.

by Agracite
Just doing my SWAT Kats tumblr Agracite In My Cereal which I’ll keep on doing in 2019. A lot of fans keep creating such awesome fanworks, I’ve yet to run out of things to post. Still doing one a day but I’m pondering going to two posts a day to share things in a timely manner. I need to update my Twitter too but the wonderful MoDaD does a great job there already.

I wrote a bit of fan fiction and plan on writing more for 2019. Still not sure on my Turmoil fic but definitely will Missing Inventory.

by NeeKnight
IT IS TIME!

I have taken part in several PodKast recordings and completed reviewing Season One of the show I love so much.
Of course, I can't move on without mentioning my standout moment from this year's recordings in "The Ci-Kat-A" where I gave unto this world the wonder of STEEEEEEEVE

and the moment I BROKE both MoDaD and MintySage ^^ Honestly, I was so proud!

I have written and sung songs with more in the pipeline so look out 2019!
Made my own pieces of costumes and that gave me the basics of sewing so my other SWAT projects might get a bit more outlandish ^^
Had a chance to have "Television's" Lance Falk answer some of my questions of his work, all be it though prerecorded questions.
I got a TBone action figure, signed by Christian and Yvon Tremblay!

What does the future hold? Promise. Remember that. See you all in 2019 and lets make it a blinder!

by Cait
My memory is bad... So I'll probably forget to include 50% of what I have done this year ._.
Aaaaaanyway... I think my best this year was to continue increasing the amount of SK smilies

Almost every character has been done so far (if not by me, by Neeknight).
Also, I was able to start making better and faster digital drawings thanks to the drawing tablet I got along with a new drawing program at the very beggining of the year. These are amazing and I was able to improve my skills a lot (not that I stopped XD). Now that I'm used to them, I may finish a few of my old SK projects soon.
And finally, I discovered the power of NERO... (wait, did i said something!?).

by Mr. Goodkat
I've contributed two covers of the SNES game soundtrack (World 2 - MadKat Land and World 4 - The Metallikats)... and I think that's it for 2018.

Also I'm really glad that I got one of the 25th Anniversary coins, a Razor figurine in its original package signed by the Tremblay Bros. and the xmas card, of course. Thanks again for all of these great fan items. This is what makes this fandom special.

Mr. Goodkat wrote: ↑
Fri Jan 04, 2019 3:44 pm
a Razor figurine in its original package signed by the Tremblay Bros. and the xmas card, of course. Thanks again for all of these great fan items.

That's awesome. I got a Dr. Viper one, myself. 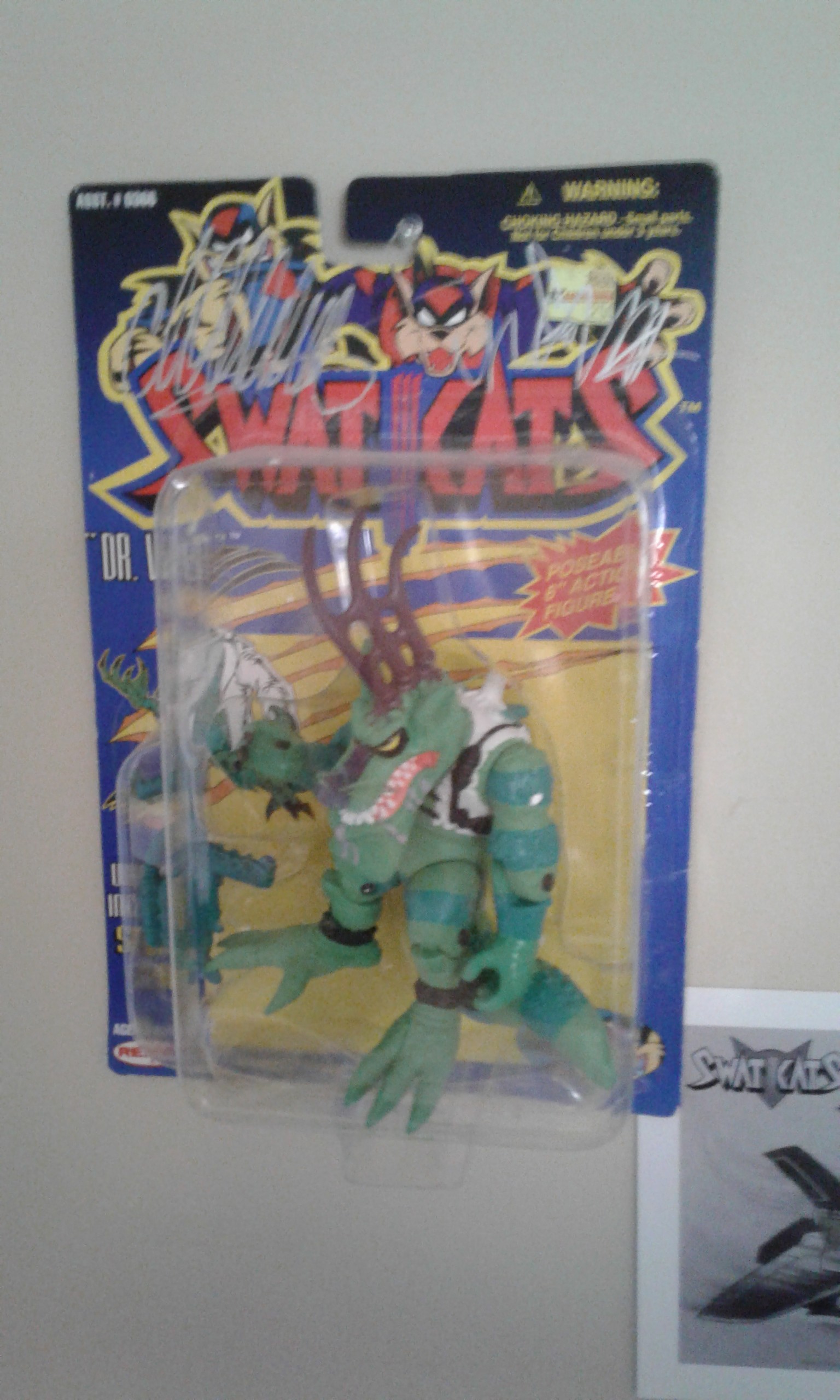