how many languages do you know?

Anything non-SK related can be discussed here.
Post Reply
23 posts 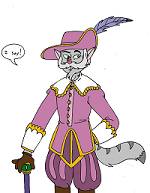 Because I'm American, my native language is English, but I also studied French for four years in high school, and I'm currently taking Latin in college.

(Some of that Latin was a little rough. It doesn't have a lot of cognates for modern words, so I had to improvise.)
0 x
Top

In my case, unfortunately, I only know Spanish. I studied Portuguese for three years, and I know how to read and speak it to some extent, but I haven't practiced for a long time. As for English, I am vaguely fluent in it, so I require Google Translate to understand what they say here for the most part.

In Paraguay there is the peculiarity that the majority of the population is bilingual and also speaks Guaraní (an indigenous language, spoken by 90% of the country), worse in my case, and despite the fact that my family handles it, I could not learn it never. I know a few words, but I don't deal with him at all.

I wish I knew more languages besides my native English. I studied French and didn't do well; then I studied Spanish, got a B, and promptly forgot everything I'd learned. However, I do dabble in Esperanto, a constructed language that many people haven't heard of, even though it was created in 1887 and is still spoken by millions around the world. I haven't studied Esperanto in enough depth to consider myself a fluent speaker, though.
0 x
"Saturday is usually my morning to sleep in."
Top
Post Reply
23 posts