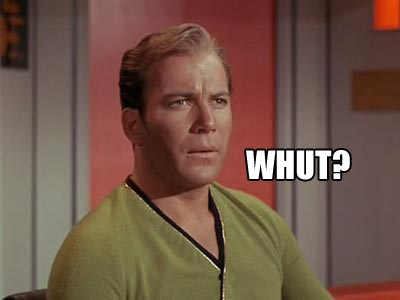 Remind me again how Time-Warner became the largest entertainment company on Earth?

by Leon Mane
A movie starting Tom and Jerry, based on the long running series of Tom and Jerry, wasn't meant to be about Tom and Jerry? Well, Hollywood has been a bit odd with some of the bigger studios lately. Not going on a rant or getting too deep into this, I just want to say that movies have been far too affected by either political or personal agendas.

That aside, movies haven't really been worth seeing much lately. Studios and directors seem like they've forgotten what makes movies worth seeing in theaters.

by EditorElohim
You mean the last one that came out this year? Well, they're not even the main characters, they're just sort of bait to introduce the real protagonist.

The truth is that making a Tom and Jerry movie is very difficult if you don't give them something else to do than exchanging beatings to each other in the middle of crazy chases.

Mmm... That said, I wonder if a Scaredy Kat movie would be possible.

by Leon Mane
The past few years they've done a bunch of movies, putting Tom and Jerry in scenarios or even other movies (done in animated style), or at least adding them in with a small "B" plot. Like Charlie and the Chocolate Factory. The movie goes as normal, but Tom and Jerry are, well, there. They expand a plot point, but it doesn't really go anywhere and the movie basically ignores it. Seems like they don't know quite what to do with them, so instead of giving them their own movie (again), they just leech them onto other properties or shoehorn them in for no real reason besides holding onto the rights (if I had to guess their motive).

EditorElohim wrote: ↑
Tue Sep 07, 2021 11:21 pm
The truth is that making a Tom and Jerry movie is very difficult if you don't give them something else to do than exchanging beatings to each other in the middle of crazy chases.

Therein lies the rub, Tom and Jerry just isn't suited for feature-length films. You either get films like this -with them playing second fiddle- or something like the travesty that was the early 90s film adaptation.

And that just makes me wonder: why was this green-lit in the first place? I want to know whatever it is the higher-ups are smoking so I can avoid it.

by Leon Mane
If you just let it be a funny movie and ignore the past of Tom and Jerry, the 90s movie wasn't too bad of a movie. They finally gave them personalities beyond fighting one another for little to no reason, so it was, at the very least, the studio trying something new with an old property.
All times are UTC-04:00
Page 1 of 1
Powered by phpBB® Forum Software © phpBB Limited
https://www.phpbb.com/