Anything non-SK related can be discussed here.
Post Reply
9 posts • Page 1 of 1

I'm pretty sure there are at least some of you that like to watch anime, read manga, or both so all that will be discussed here.

I'm currently reading the manga called Berserk, let's just say that it's not the safest manga to read at work but regardless I been enjoying the story and some of its characters. As for anime, I been watching Tokyo Ghoul at the moment. Still need to catch up on other anime though like One Piece and Jojo's Bizarre Adventure.
0 x
Top

I really haven't read a lot of manga. I have several volumes of Black Cat, Gunsmith Cats, Ah! My Goddess, and Sailor Moon with a few first volumes of Ramna 1/2, Hellsing and a couple other random ones. Being able to sit down and concentrate on reading rarely happens so I prefer to watch anime. I used to be subscribed to Shojo Jump and Shojo Beat where I kept up with various titles, and before then when I was younger I read Mixx (later became Tokyo Pop). I let the Shojo 'scrips go a few years ago though.

I've given my favs in this thread and currently I've finished watching Psycho Pass and Eden of the East (both which I enjoyed) and still only halfway through Future Diary. Again being able to sit down and watch anime that doesn't require me to be on the computer to do so doesn't happen often. I usually binge watch things a few nights in a row via Netflix provided they're dubbed. Crunchy Roll has most things subbed and being visually impaired, reading subtitles requires me to lean closer to the screen and too much of that causes eye strain. XD I get enough of that working on digital artwork. -g-

Fruits Basket was cute and reminded me of Ranma 1/2 (one of my first anime) which I liked. I first saw One Piece in Shojo Jump and have been keeping up with it on Adult Swim Saturday nights (Thank goodness for DVR! XD). One Piece is one I'm thinking of showing my son to get him into anime. LOL a lot of the titles I like, he can't watch yet. XD He does like the Studio Ghibli films for the most part but some of the more kiddy anime bore him.
0 x

I was recently reading the Kingdom Hearts 2 series, based on the fantastic PS2 game. I'm liking it so far, as it follows the game very closely. I also have a random issue of Shonen Jump somewhere.
0 x
~BlueFoxxo
Artist, Musician, Writer, Gamer and
LGBTQ+ Supporter
also i'm bi
"Knowing the mouse might one day leave its hole and get the cheese... It fills you with determination."
Icon by @menacing-marshmallow on Tumblr
Top

Been reading and watching the series called Parasyte, I really like it.
0 x
Top

Berserk- I love this series but it is extremely not for everyone as it is horrifically violent and dark. I own the anime series and I've seen all three of the Golden Age Arc movies. (Can't wait for them to animate the next Arc, OMG! If they don't do it, I'm gonna die!) I read the beginning of the managa and didn't continue because I didn't have more available to me at the time. Probably, I can find it online now these days. I'll need to get on that and see if I can find it anywhere.

Fruits Basket- At one point in my life, I thought Fruits Basket was the best anime series ever created. I still like and own it now, but that's not so much my opinion any more. The manga, I thought, started getting weird and I actually got rid of the volumes I owned and I've never finished reading the end. Though I probably should do that, too.

I have seen and read a ridiculous amount of anime and manga so there's no way I could cover it all. But stuff I've looked at lately:

Wolf Children: An amazing and gorgeous movie. From Mamoru Hosoda, who did Summer Wars and The Girl Who Lept Through Time. All three are great movies. Wolf Children kind of has that pace of My Neighbor Totoro and I totally cried at the end. It's a fluffy feel good movie.

Saiyuki: I recently caught up on the manga. Read all of Gaiden and then caught myself up on Reload Blast. This is an amazing story with deep, irreverent and hilarious characters. It's anime incarnations, unfortunately, have always been pretty low budget, though the dub of season one is absolutely hilarious. But the manga is something special and I was so sad it's no longer being released in the US because I would like to own it all. (Though there are rumors it's looking to get licensed again. but it would still be a long wait until the release of the volumes I don't own. *sigh*)

Attack on Titan: Something people had been telling me to watch forever and I always dragged my feet. When I finally saw it, however, I couldn't stop watching. This show is an intense edge of your seat ride from episode one. It is very violent with a lot of death, so be warned. But holy crap if it isn't entertaining. After watching the show I hit the manga to pick up on the story and there's been a lot of WTF moments where you're like "Why would they do that?" but you are always dying to know what's going to happen and I haven't seen an anime like that for quite some time.

Rideback: I am half way through this short anime series right now. It's about a ballerina who discovers her love for riding these motorcycle/mechs called ridebacks. She starts to compete in races and there's this civil unrest going on at the same time to add some spice. Liking it so far but you never know how animes will end.
0 x
Top

So anyone watching any ongoing anime?

I have taken interest in one called Death Parade.
0 x
Top

DarkFatalKnight wrote:Been reading and watching the series called Parasyte, I really like it.

I had to dip in here and reply with a high five. Parasyte is awesome! Read it like 10 years ago. Can't believe there's finally an anime out.
0 x
"So you SWAT Kats were telling the truth!"
"Duh, Commander!"
Top

I just finished a series called Blood-C. Very gorgeous series and has lots of blood and monsters which is my jam. Though I hate it when female characters are purposefully written super obtuse, which was the ailment of this leading lady. However, I finished the whole series plus the movie in two days. So the plot is definitely interesting.
0 x
Top

I was all over Attack on Titan and Rideback too. I watched Sailor Moon Crystal but I seriously wanted to smack Usaka a few times and the romance was rather bland. Over all, the old SM is still more amusing.

Lately I've mostly been revisiting the oldies like Rurouni Kenshin, Trigun, Cowboy Bebop, FMA, Inuyasha, Macross/Robotech, Ronin Warriors, Black Jack. I also watched a SUPER OLDIE on crunchyroll called Champion Joe (this show blazed the trail for a lot of modern anime). I don't normally like sports anime but this boxing one was GOOD. I keep being told I need to see One Punch Man

I also discovered some interesting gems like Oban Star Racers and Princess Tutu which I clicked out of boredom and DID NOT EXPECT TO BE SUCKED IN LIKE THAT. 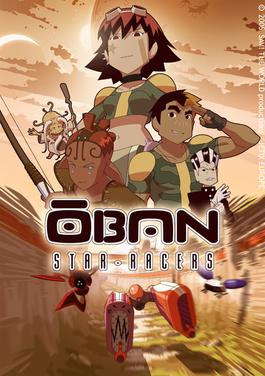 I find myself favoring shorter series because they have better pacing and are less prone to fillers.
0 x
"I heard him scream last night. It was awful! I wish he wouldn't do that when he gets kidnapped." --Lucille, Samurai Pizza Cats