Anything non-SK related can be discussed here.
Post Reply
34 posts

Before I begin, I'm treating Cartoon Network separate from [Adult Swim] as they are considered different networks by the Nielsen Company.

So... Cartoon Network. What can I say that's already been said before? It sucks now because of too much TTG/PPG 2016/Ben 10 2017? Well yes, but I'm going to describe the origins of that suckitude using a hypothesis called the used car salesmen effect.

This was first used in the context of Microsoft and its bizarre choices made during the Windows Vista to 8(.1) era. It was ultimately decided that Microsoft's CEO (Steve Balmer at that time) along with a corporate culture that prioritized kissing up to the management and its ideas instead of making good products was the cause of this. The incompetence of Balmer and the caustic culture ultimately drove off talent to Google/Facebook/Apple and all that were left were the suck-ups A.K.A "used car salesmen".

That wasn't always the case with MS in the Gates era and it might not be the case now in the Nadella era. But that was definitely the case in the Balmer era.

There are definitely similarities with Cartoon Network here, but with MS it was just a poor choice of CEO, in CN's case, it's more complicated than that.

Let's go back to 2007, with the CEO Jim Samples. Now this wasn't CN's best era, but it was a sight better than what we have now. But that was about to change, very much for the worse.

A publicity stunt for Aqua Teen Hunger Force lead to a bomb scare in Boston. You might have heard of it. This lead to the resignation of then-CEO Jim Samples.

And if that wasn't bad enough, the senior VP of programming and scheduling died that year as well.

So unlike MS, the change in management was forced. Into this void came Stuart Snyder. Under Snyder's management many of the creative types that made some of CN's flagship shows (of note: Craig McCracken of PPG '97 and Foster's Home for Imaginary Friends fame; C.H. Greenblatt of Billy and Mandy and Chowder fame; and recently Gendy Tartakovsky of Dexter's Laboratory and SymBionic Titan fame) were driven off the network. Some of which due to disagreements with Snyder over the direction of some of their shows.

And now we have a new CEO who is trying to turn Teen Titans Go into a Spongebob for the channel and cancelling both Regular Show and opting not to renew Adventure Time, leaving us with We Bare Bears, Gumball and Steven Universe as the only enjoyable shows left for now... on the occasions they're aired.

So that's my thesis: Cartoon Network drove out its talent with egotistical CEOs which led to an eviction of some great animators and a whole load of used care salesmen in their place. 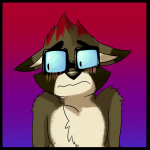 I'd like to point out that regular show ended by it's own choice and not due to cancellation, no clue about adventure time but I think it'd be the same
1 x
Top

Cartoon Network has become a cesspool of mediocrity turning out banal shows. Its seems like a never-ending marathon of TT-Go or some other mindless garbage. While I'm shocked that I found Gumball to be rather enjoyable it would apoear to be a sliver of gold in a vein pyrite.

I miss the days of variety and unparalleled levels creativity, but i think they will sadly never return.

I want to know who thought 15 minute episodes as opposed to 30 minute episodes was a good idea. That drives me NUTS. Also, they wonder why their decent shows like SU do not always get good ratings when new episodes premiere... maybe advertise it more? Or stop only giving four new eps once a month or every six weeks? X_x
2 x

If I remember my conversations with Mark Lungo on the matter correctly, that'd be Buzz Potamkin.
2 x
R.I.P. Gary Owens (1936-2015)
Top

If I remember my conversations with Mark Lungo on the matter correctly, that'd be Buzz Potamkin.

I mean CN cartoons in general, not SWAT Kats as this post is about the handling of CN. ^^; Many of their series are only 15 minute long episodes.
2 x

If I remember my conversations with Mark Lungo on the matter correctly, that'd be Buzz Potamkin.

Indeed. He was also the one who rejected Lance Falk's original ending for "When Strikes Mutilor".


Felony wrote:I mean CN cartoons in general, not SWAT Kats as this post is about the handling of CN. ^^; Many of their series are only 15 minute long episodes.

Can't help you there, sorry.
2 x
"Saturday is usually my morning to sleep in."
Top

marklungo wrote:Indeed. He was also the one who rejected Lance Falk's original ending for "When Strikes Mutilor".

And I'm sorry to say I agree with him on that, as well as the original idea for Cry Turmoil.

Jacob1290 wrote:I'd like to point out that regular show ended by it's own choice and not due to cancellation, no clue about adventure time but I think it'd be the same

You might be right about Regular Show, but I'm pretty sure that Adventure Time was screwed by the network.
0 x
Top
Post Reply
34 posts