Doctor Hackle and the Metallikats

This is a place for OOC hypothetical discussions on the show.
Post Reply
12 posts

Doctor Hackle and the Metallikats

While Doctor Hackle is presented as a good guy on the show, his behavior in regards to the Metallikats are... odd, to say the least.

For example: he created/modified Mac to be a bodyguard.

Yes, he was a weapons designer when he was younger and therefore might make a tempting target, but something about that doesn't add up. We've seen no evidence of him having been attacked or under any threat, And he seems to do just fine without the Metallikats around him. So he doesn't seem to be under any threat he can't manage.

In spite of this he seems convinced that "someone(s)" is out to get him, and apparently thinks he's so important that he's a major target.

It gets worse when you look deeper. He's stated that the Metallikats remained evil no matter how many times he "reprogrammed" them. Prior to placing their minds in robots, they were sapient citizens (albeit under imprisonment), but not only does he try to enslave them (trying to make them a maid and bodyguard, whether they wanted to or not) but essentially tried to brainwash them to make them docile servants.

This behavior makes me suspect that Doctor Hackle is not a bumbling old scientist, but dangerously psychotic.

Judging from the above he's shown these symptoms:
All of these are indicators of mental illness. I'm not sure which exactly, but they fit several different pathologies from what I can tell. But I'm not a psychologist, so I could be wrong.
2 x
Top

Bodyguard? He was going to make Mac his chauffeur. He flat out says so. "Mac, you will be my chauffeur." They even showed a traditional chauffeur's uniform: 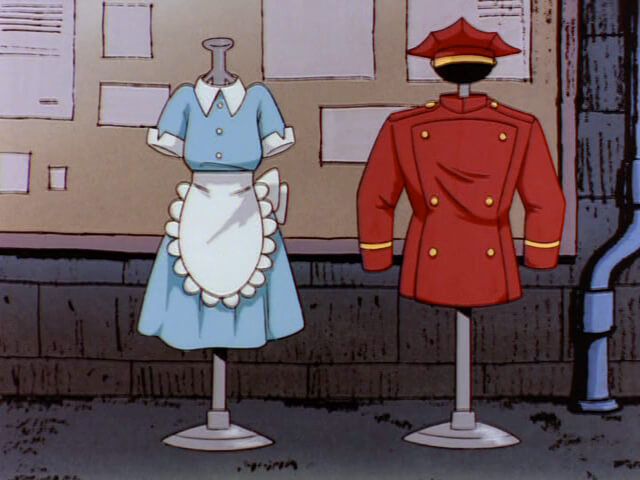 Manx has a similarly-dressed chauffeur: 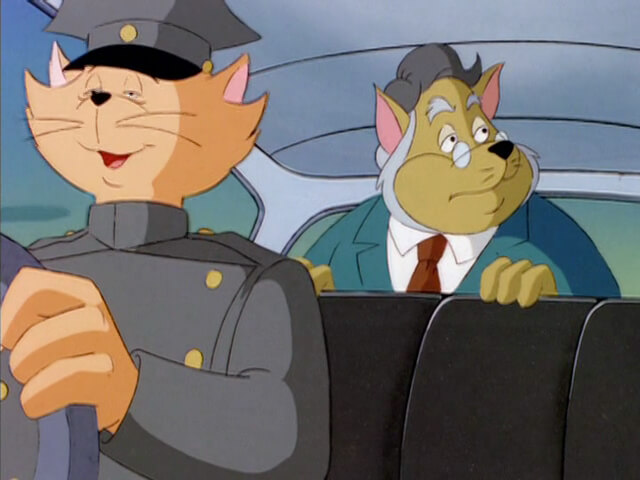 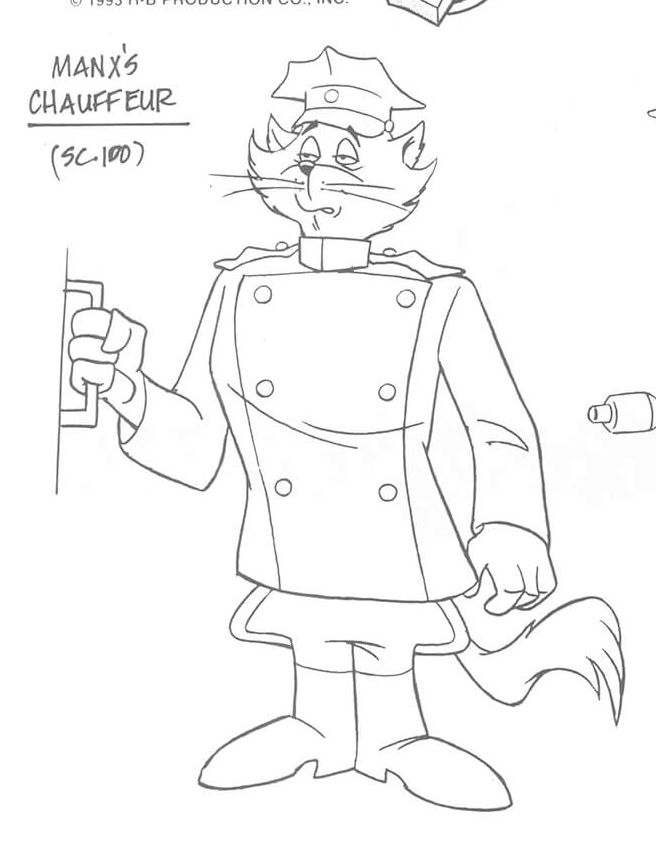 A chauffeur is another term for a limo driver.

And even if he did make Mac to serve as a bodyguard, why is that odd? Do only bad people use bodyguards now? It just means a private security guard. Megakat City is a pretty dangerous place. Even if nobody's specifically targeted Hackle yet (and in hindsight, it's odd nobody ever did), he might know from experience working at Puma-Dyne that scientists' inventions are often stolen by villains and used for evil purposes, so some private security at his residence, where he appears to do most if not all of his work, seems warranted. In fact, a lack of security is what led to Mac and Molly escaping in the first place with all the weapons Hackle kept on display.

Someone who doesn't use bodyguards, and I'm eternally surprised by this, is Manx himself. It's frankly kinda weird that a public official like him in such a big city lacks any sort of private security. I mean, yeah, the idea seems to be that he relies on the Enforcers for protection (or, when they're not enough, our boys the SWAT Kats), but response time is key and some kind of personal security would be with him all the time. Is he just such a penny pincher he won't pay for salaried bodyguards...?
1 x
R.I.P. Gary Owens (1936-2015)
Top

No worries. Though you do bring up an issue that has surfaced in the fandom from time to time which is Hackle's rather cavalier attitude towards the Metallikats, both in just randomly bringing two dead people back to life, and then essentially planning to completely rewrite their personalities against their will.
1 x
R.I.P. Gary Owens (1936-2015)
Top

It brings up an interesting question: would it be morally acceptable to brainwash or alter the minds of dangerous individuals if it meant a safer society could be achieved? An episode of Justice League had Superman lobotomizing supervillains to make them 'safe'. Even the Joker was a calm, friendly, and peaceable orderly, so Superman likely saved countless lives in using his heat vision to make the villains harmless.

And I recall an episode of Megas XLR where they found a planet used as a prison for giant sentient robots. Restraining bolts brought them from mass murdering space pirates to generally calm and peaceful prisoners, if only on that planet.

Would it be right to alter the mindset of hardened murderers and other such criminals? Or would it be better to take the slow route and let psychiatrists attempt to reform them with varying levels of success and failure?

In any case, Doctor Hackle should have mind wiped them or put on a restraining bolts before they woke up in the first place. He might not have know who they were, but they were in prisoner uniforms, so some level of caution should have been taken.
2 x
Top

It's an interesting question without any clear answers.
1 x
Top

I could make a silly theory without any proofs...

I am not very good at distinguishing English accents. But in another topic Kooshmeister made an interesting note:

So, let me suppose that the Kats world is hugely based on ours. In this case, Hackle could represent the type of German scientists who emigrated to the USA after WWII (but their last war was the Megawar II which looked more like our WWI).
But well, many of them were shocked by the meaningless violence of the humankind and the way their inventions were used. From here could come the emotionless (considered to be a symptom of psychopathy as it was already stated) of professor. Maybe it was some posttraumatic trace.
1 x
Top

Kooshmeister wrote: ↑
Tue May 26, 2020 1:08 pm
Funny you ought to bring that up. I've often said Hackle seems based on Wernher von Braun.